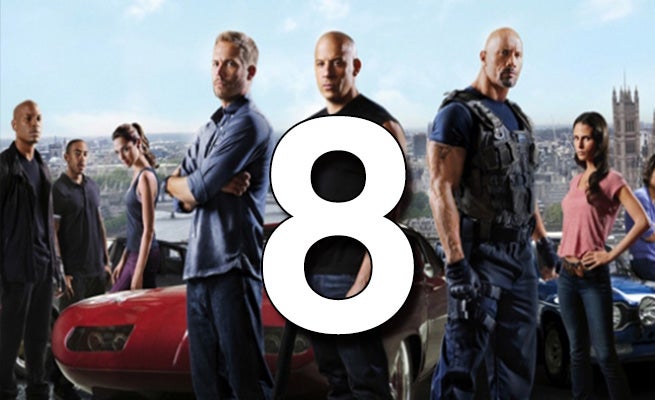 Earlier today, Universal Studios hosted a panel at CinemaCon 2015 in Caesar's Palace. During the event, they showcased their upcoming line-up of films through 2015 & beyond and also looked back at their recent successes.

One of those successes is the Fast & Furious franchise. This year Furious 7 became the first Universal film to gross over $1 billion worldwide during its initial release. Universal Studios announced today that they will continue the franchise with an 8th installment.

The announcement was made by Vin Diesel himself. Vin Diesel also announced the official release date will be April 14, 2017 for Fast & Furious 8. Vin Diesel said, "We're gonna make the best movie you've ever seen."

Although many were wondering if the franchise would continue without late star Paul Walker, rumors swirled about an eighth installment which would take place in New York. Vin Diesel spoke about this rumor on Jimmy Kimmel Live before Furious 7's release, saying that Kurt Russell's Mr. Nobody character was introduced for a larger story that takes place in New York - a location the global franchise has never been.

The Fast & Furious franchise is not slowing down. How many more films do you want to see?