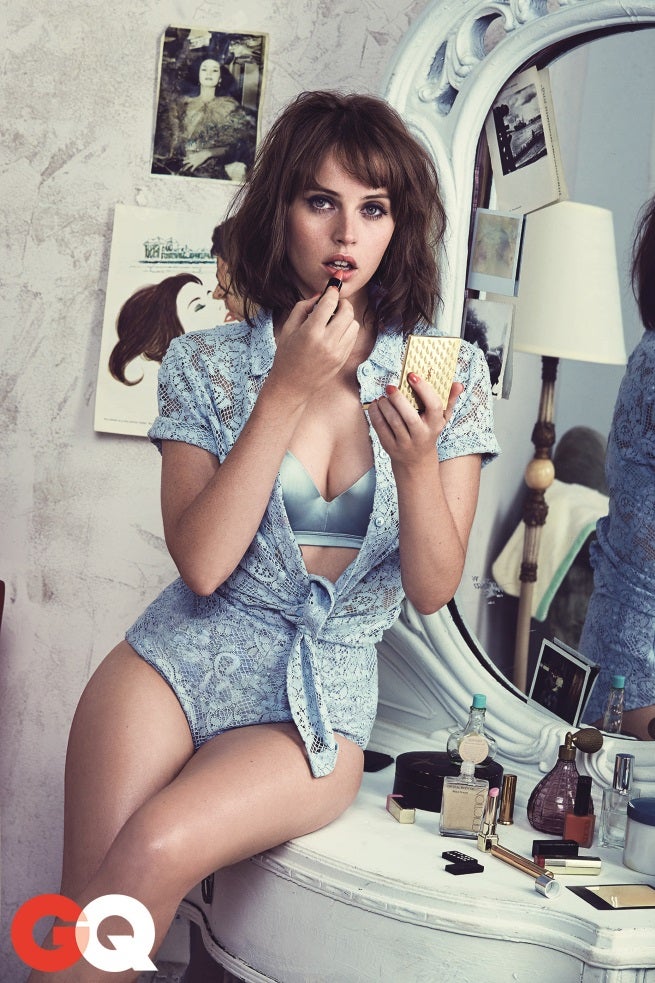 The Amazing Spider-Man 2’s Felicity Jones is featured in November’s GQ. The 31-year-old British actress also stars as Stephen Hawking’s wife, Jane, in the biopic The Theory of Everything.

In The Amazing Spider-Man 2, Jones played Harry Osborn’s assistant, Felicia. While her last name is never mentioned in the film, and she is only credited by the character’s first name, a marketing video for the film’s Digital HD release confirmed the character as “Felicia Hardy…aka the Black Cat.”

She doesn’t ever appear as the Black Cat persona in the film though, so GQ asked Jones about the role.

“Being vacuum-packed into a leather suit, doing backflips?! I'd love that,” Jones answered. “Can you start a petition for me?”

Rumors of an Amazing Spider-Man spinoff featuring an ensemble cast of female Spider-Man characters broke last week, so Jones may have her chance yet.

The Theory of Everything opens November 7.