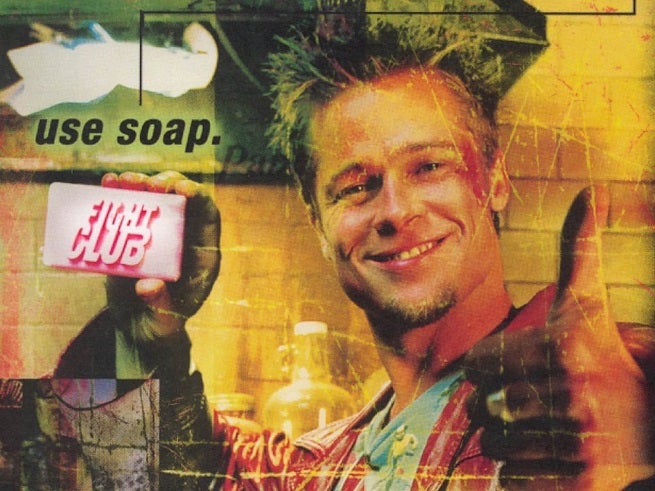 antihero Tyler Durden will appear in a new story set prior to the events of the cult classic novel, within the pages of a new short story collection from author Chuck Palahniuk, Litreactor reports.

The book, Palahniuk's first short story collection, is called Make Something Up: Stories You Can't Unread. It's due in stores on May 26 but can be preordered at Amazon and Barnes & Noble.

Haunted, a previous Palahniuk novel, read like a short story collection, but those stories connected thematically and formed an overarching plot, making it not a collection of short stories but instead a novel composed of chapters that resemble short stories.

The Durden story is not the only new Fight Club material due out this year, of course; Palahniuk, artist Cameron Stewart and Dark Horse Comics will release Fight Club 2 later in 2015.

Here's the official description of Make Something Up:

Representing work that spans several years, Make Something Up is a compilation of 21 stories and one novella (some previously published, some not) that will disturb and delight. The absurdity of both life and death are on full display; in "Zombies," the best and brightest of a high school prep school become tragically addicted to the latest drug craze: electric shocks from cardiac defibrillators. In "Knock, Knock," a son hopes to tell one last off-color joke to a father in his final moments, while in "Tunnel of Love," a massage therapist runs the curious practice of providing 'relief' to dying clients. And in "Excursion," fans will be thrilled to find to see a side of Tyler Durden never seen before in a precursor story to Fight Club.