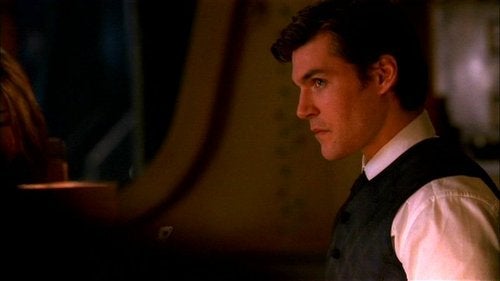 Set to appear in the series's upcoming tenth episode, Maher will appear as Mark Scheffer, better known as DC Comics supervillain Shrapnel. In the Arrow-verse, Scheffer will be a serial bomber who places Starling City in a grip of terror and threatens the life of Sebastian Blood.

Odds that he's a plant employed by Brother Blood himself? Probably about even.

Maher's character is one who, in the comics, definitely crosses the line into super-powered villains. It seems likely the first appearance will be one where he doesn't have that appearance, though--perhaps it'll be in The Flash that we see the more traditional look for Shrapnel.