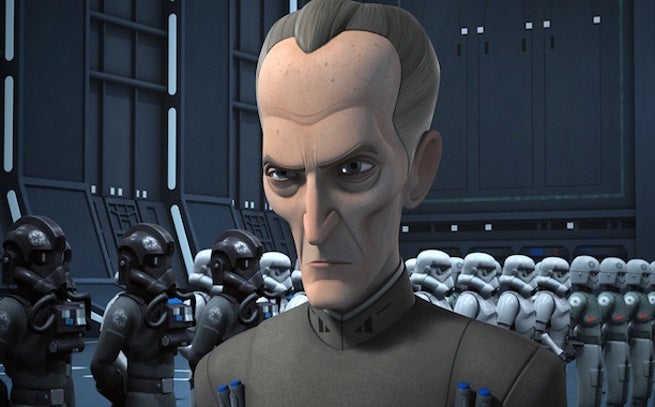 Tarkin was one of the villain of the original Star Wars, even bossing the big, bad Darth Vader around. A younger Tarkin appeared in Star Wars: The Clone Wars, but the first image of Tarkin in Star Wars Rebels (via EW) reveals a Tarkin that looks closer to Peter Cushing's on-screen appearance.

Tarkin will appear in the February 9 episode of Star Wars Rebels, "Call to Action," with Stephen Stanton reprising his voice role from The Clone Wars.

Check out the clip and another image from the episode, embedded below: