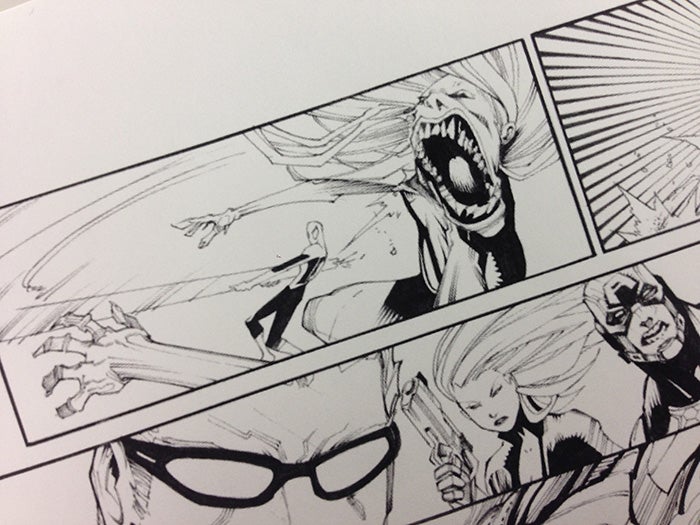 Japanese popular culture magazine Brutus debuted the new piece of art in a recent article on the project. The artwork only displays two panels, where we see Spider-Man whacking the female titan with a beam. The bottom panel shows Captain America, along with, presumably, Hawkeye and Black Widow, confirming their involvement in the miniseries. The accompanying article also revealed that this particular fight will take place in New York City, so here's hoping that Marvel's New Yorkers (which is 99% of the superhero community)  join the skirmish.

The article also suggests that "Attack on Titan" creator Hajime Isayama is plotting the crossover, though the rough translation makes it difficult to confirm. The project's writer and artist have yet to be announced. Marvel announced the crossover between their characters and the popular anime’s last week, but have yet to provide any additional information.

The series’ first (and possibly only) installment hits Japanese shelves this weekend, but no announcement has been made for a stateside release in English. Once the full issue becomes available, however, we should be able to glean far mar information on the project. Stay tuned to comicbook.com for more updates.

UPDATE: Marvel's C.B. Cebulski clarifies that the story will be published in both Japanese and English when it is released, and is plotted by Isayama.

re: Attack on Titan/Marvel story in @BRUTUS_mag: 1.) it is plotted by Hajime Isayama himself & 2.) it will run in Japanese & English there.