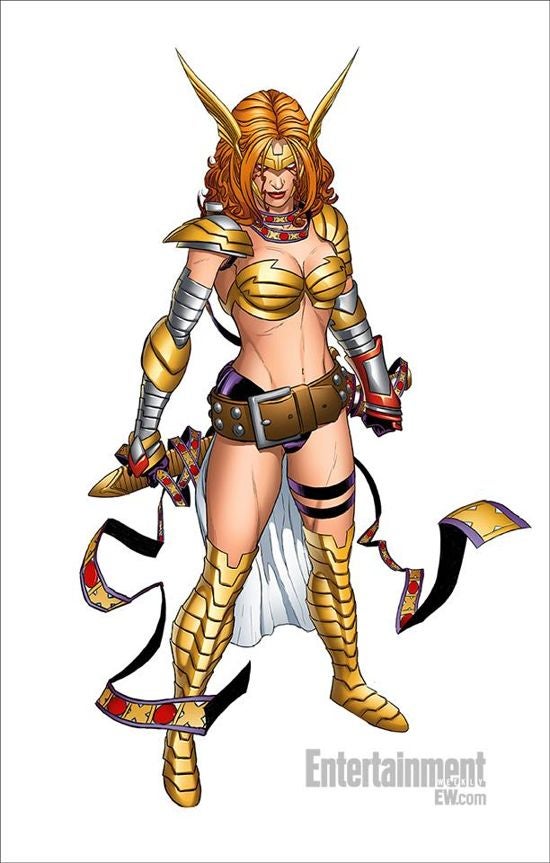 While Angela might have rose to fame in the pages of Todd McFarlane's Spawn, the character is now owned by Neil Gaiman, and he's taking his Angela to Marvel Comics. Back in March, Marvel Comics officially announced that Angela would debut in Age of Ultron #10 with a new look designed by Marvel Chief Creative Officer Joe Quesada. Now, Marvel Comics has released (via EW) the first look at the new Angela. The new look actually is very reminiscent of the old look, featuring a similar gold, silver, and purple costume. Angela's trademark orange hair is also intact. After premiering in Age of Ultron #10, Angela will become an integral part of the Marvel Universe, appearing in Guardians of the Galaxy. Neil Gaiman will also be writing the issue of Guardians of Galaxy featuring Angela.