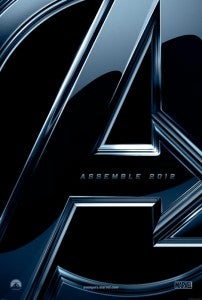 Just days in advance of their big panel at the New York Comic Con, Marvel Studios have released the first official trailer for The Avengers over at the iTunes website. The trailer prominently features Loki, Nick Fury and Iron Man with moments for Captain America, Thor, Black Widow, Hawkeye and The Hulk as well. Nothing new seems to be revealed about the nature of the threat the team faces, although based on the trailer, that photo of Captain America and Thor looking up is something that we'll be seeing a lot of in the flick; the first minute of the two-minute trailer is just chock full of people staring into the sky.