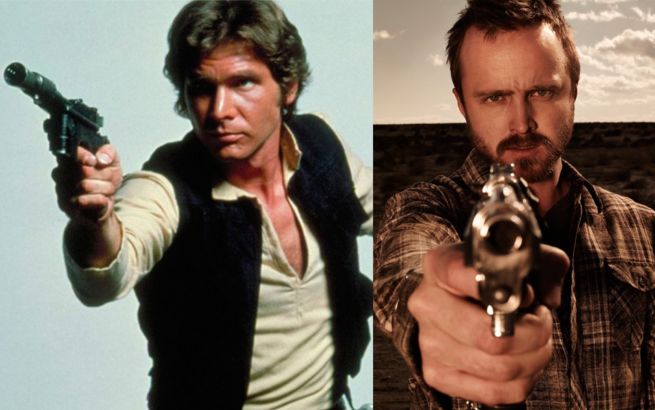 Could a Star Wars spin-off be on the horizon?

According to Making Star Wars, it's very possible and it would revolve around none other than Han Solo.

Making Star Wars Editor In Chief Jason Ward shared what he learned from a source close to production.

"I generally shy away from reporting too much on the specifics of the stand-alone spin-off Star Wars films because we hear so much stuff it can be difficult to know what to take seriously," he said. "Since there has never been a Star Wars spin-off film like what we’re about to get, there’s no good or bad track record. For this reason, we’re having to rely pretty much entirely on the sources that have panned out for Star Wars: The Force Awakens. So today’s information comes from a friend that did give us legit Star Wars: The Force Awakens set photos and more."

Ward added, "A code name for the production is: Luminac Industrial Goods. They go on to say there’s going to be a really interesting situation at Pinewood Studios. The filming will eventually overlap with some of Star Wars: Episode VIII. Who are they hearing the film is about? Han Solo."

Ward added a Breaking Bad alum is attached to the proposed film.

"They went on to say the word around the current production at Pinewood is that Aaron Paul is looking to be attached to the first Star Wars spin-off film in some fashion," he explained. "There was no direct implication he was playing Han Solo."