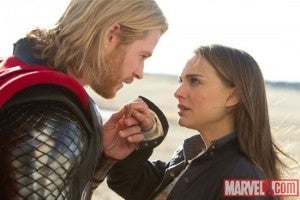 Marvel Studios has released the first TV spot for Thor: The Dark World. In the spot, Thor promises Jane Foster that he will find a way to save us all.