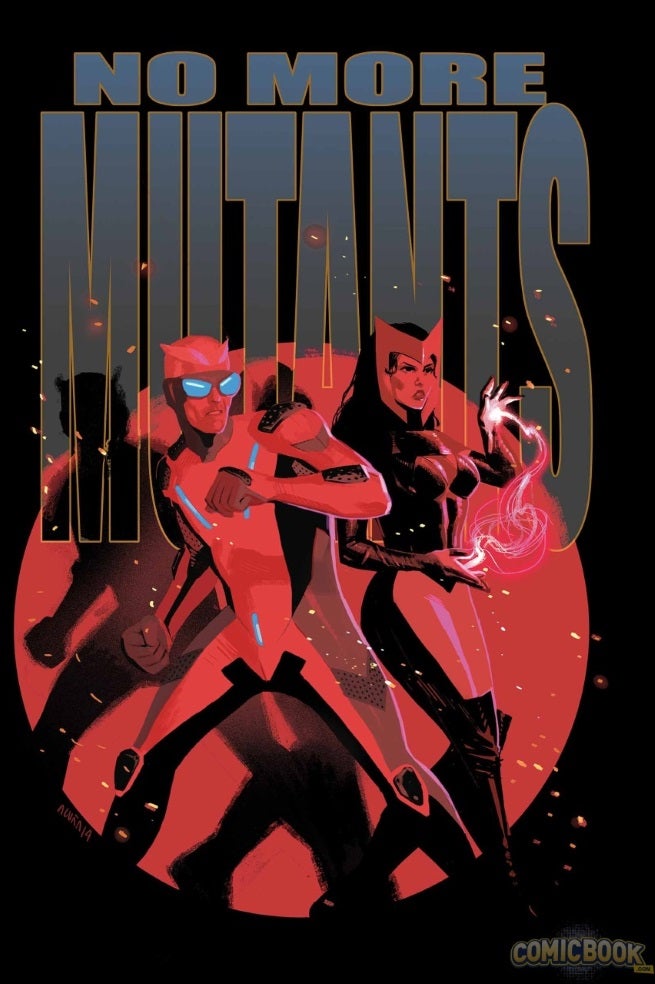 Last week’s issue of AXIS dropped a major retcon bomb on the Marvel Universe. A spell cast by the Scarlet Witch, meant to curse her family bloodline, had no effect on Magneto, indicating that he is not actually the twins’ father.

It should be noted that this, in and of itself, doesn’t necessarily meant they’re not mutants. Mutants are born to human parents all the time in the Marvel universe. However, the “No More Mutants” teaser released at NYCC for the relaunched Uncanny Avengers series leaves us thinking the twins might be something else. 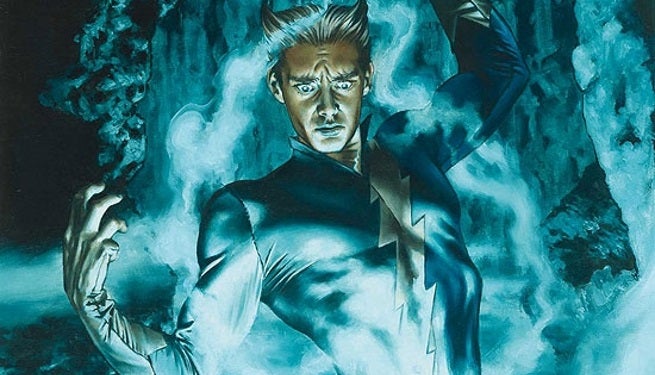 This is the one that most people seem to be expecting, given the rise of the Inhumans’ prominence in both comics and the Marvel Cinematic Universe. There are things about this possible origin that make a lot of sense, and others that would need a lot of explanation.

If this origin is true, then we’d imagine that it was an Inhuman who impregnated Magda, the twins’ mother, rather than Magneto. The problem comes with explaining how Pietro and Wanda’s powers were activated. As mutants, the natural appearance of their powers made sense. As Inhumans, they would have had to have been exposed to the Terrigen Mists in order to undergo Terrigenesis, and at a pretty young age if they don’t remember it.

There’s also the problem of Quicksilver losing his powers on M-Day after Scarlet Witch cast the “No More Mutants” spell. This one is fairly easy to fix. Quicksilver regained his powers later on, after a series of unexplained hallucinations. Prior to this, he had stolen the Terrigen Crystals in order to regain his powers, which gave him different powers – small scale time travel – instead. The fact that the crystals affected him at all suggest some kind of Inhuman heritage, and, while the exposure to Terrigen was never connected to Pietro’s hallucinations before, it’s easy to rewrite the whole experience as secondary Terrigenesis.

Quicksilver also has ties to the Inhumans, having married Cyrstal and had a child, Luna, who is also an Inhuman. He was forgiven for the crime of stealing the Terrigen Crystals before, but has been ostracized from his wife and child ever since. It will be interesting to see if this relationship changes if his Inhuman Heritage is revealed. 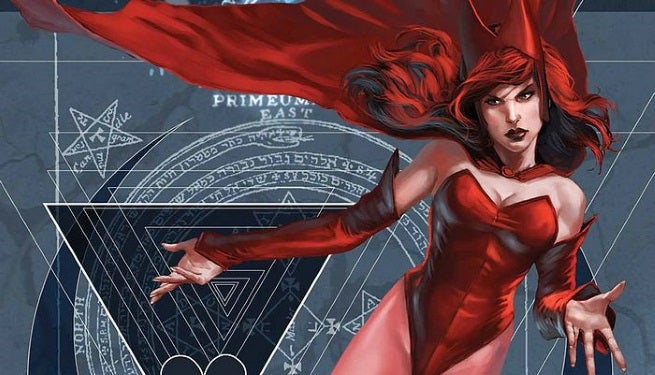 Marvel has a history of using the arcane arts as a magic wand (no apologies) to rewrite history, so why not use it again here? Scarlet Witch’s powers have been changed and redefined several times over the years, but the basic idea is that her mutant power is actually the ability to effect probabilities with her hexes. Her ability to use chaos magic actually comes from an encounter with the Elder God Cthon, who altered her mutation.

It’s possible for Marvel to rewrite her history so that the entirety of her powers come from Cthon. They could also take that one step further and say that Cthon somehow gave Quicksilver his speed, or maybe Scarlet Witch gave it to him herself. Perhaps Wanda being the origin of Quicksilver’s power could explain why he lost his powers on M-Day, despite not actually being a mutant, and mysteriously regained them later on, when he started walking the path towards redemption. 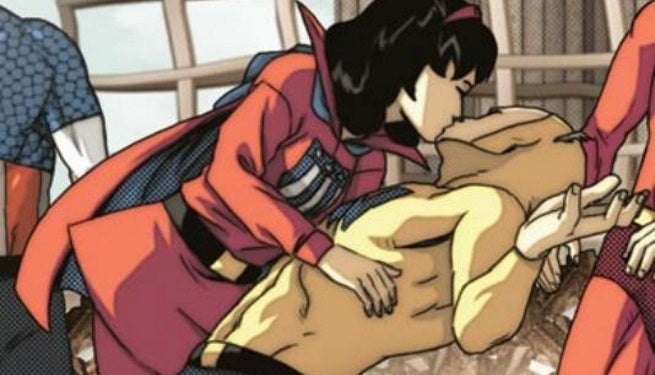 Magneto wasn’t always meant to be Quicksilver and Scarlet Witch’s dad. That’s a retcon that came about in the 1980s. It was originally implied that the Golden Age Marvel Comics heroes Whizzer and Miss America were the twins’ parents.

How this could account for the twins’ powers is a little shady. Whizzer, a speedster, got his super speed from a transfusion of mongoose blood, so perhaps that blood is what gives Quicksilver his powers? There’s still no accounting for Scarlet Witch’s unique powers (Miss America simply had flight and super strength), but it’s been implied that Whizzer and Miss America were heavily exposed to radiation by one of their enemies, ultimately resulting in Miss America’s death, so maybe that has something to do with it. 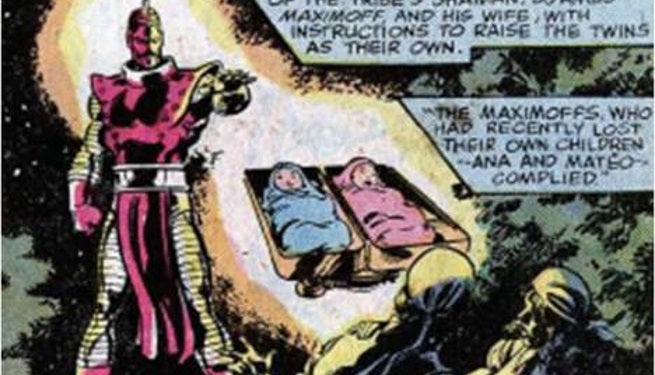 Mount Wundagore in Transia has long been a key locale in the twins’ origin story, regardless of who their true parents are. They were left there as orphans, but the geneticist known as The High Evolutionary would not put up with infant children in his home, so he handed the twins off the Maximoffs instead.

But what if this wasn’t immediate? Perhaps The High Evolutionary decided to work some of his mad science on the twins before he decided he was tired of them. Perhaps the results of these experiments results much later in the form of Wanda and Pietro’s superpowers. 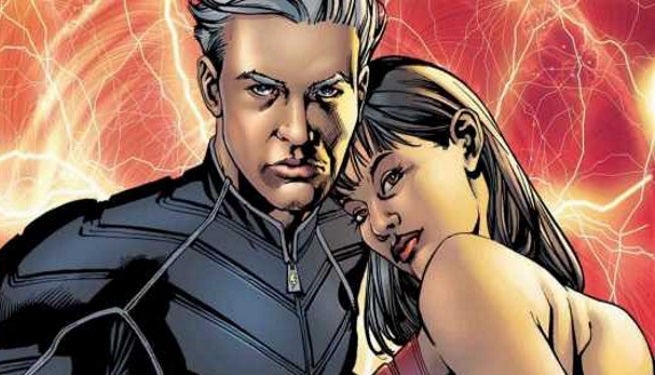 What if everything we know about the twins’ origin has been a lie meant to hide the truth from Pietro and Wanda? Magneto has long fought against government persecution of mutants. Could he have found Wand and Pietro while trashing an early Weapon X Program or other government program’s facility, and took them under his wing? Maybe, in these early days, the government was trying to create their own mutants, perhaps in connection to the super soldier serum, much like the true origin of mutants in the Ultimate Marvel Universe.

The answer will likely begin to be revealed in Uncanny Avengers #1, shipping in January.