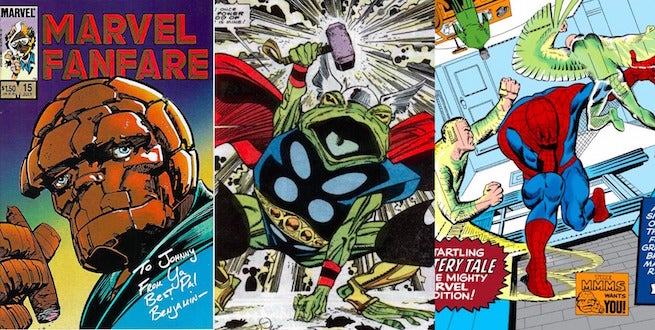 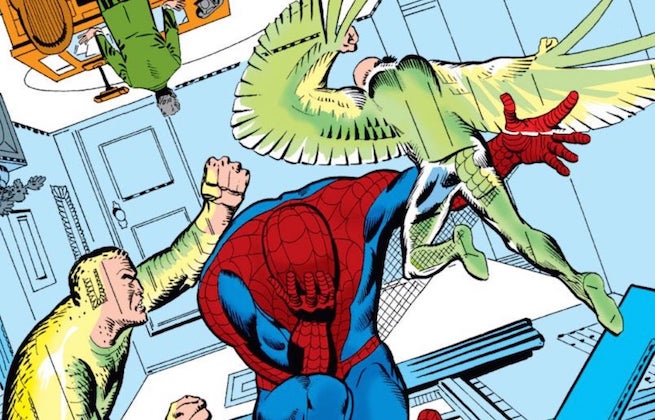 5. One Swung Over The Cuckoo's Nest: Mysterio Drives Spidey Insane

As one of the comics' most quippy superheroes, who often uses humor to disarm his opponents, Spider-Man is usually thrown for a loop when a rogue turns those tables on him. During the Stan Lee/Steve Ditko Silver Age run of Amazing Spider-Man, Mysterio, the master of illusions, poses as a psychiatrist and convinces the web slinger that his career of superhero-ing has made him go crazy. Mysterio even goes to Jim Halpert vs. Dwight Schrute levels of prankdom by nailing all of the office furniture to the ceiling, creating the illusion that Spidey’s world is “upside down.”

But it's really Ditko's imagery that makes this a classic.  As the master of trippy, unsettling imagery, he has plenty of latitude to pencil one of the strangest looking issues of Amazing Spider-Man ever. 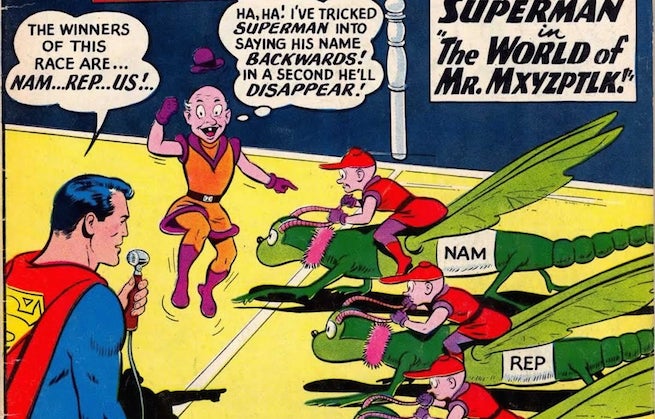 4. The Doctor Is In: Superman's Revenge on Mr. Mxyzptlk

Not only does Mr. Mxyzptlk hold one of the most confounding names tin comics, he’s also one of the few villains to actually get a leg up on Superman. Of course, Mxyzptlk’s brand of villainy is usually limited to nuisances and minor headaches. Still, it was immensely satisfying when Superman finally pulled his own prank against the imp in 1961's Action Comics #273.

In this issue, Superman is ticked when Mxyzptlk tricks him into destroying a (vacated) solar system by sneezing. Supes then misses a scheduled appearance at the local orphanage when dealing with the fallout of his mighty sneeze (demonstrating just how low the stakes were during Silver Age Superman stories). So, he poses as a doctor and gets Mxyzptlk to say his own name backwards, banishing the imp back to his 5th Dimension home. And just to make sure he made his point, Superman sabotages Mxyzptlk’s bid to become mayor of the 5th Dimension. You just had to get political Superman…

The Joker’s false firing “Bang” flag gun might be one of the most frequently used sight gags in Batman lore. Not only has the Joker brandished the weapon numerous times (including in Tim Burton’s 1989 Batman film), but other pop culture legends have put their unique spin on the joke, such as WWE wrestler “Stone Cold” Steve Austin.

But the very first time the Joker unveiled his practical joke, it wasn’t a laughing matter. In the great “Dreadful Birthday, Dear Joker” story in Batman #321, the Clown Prince of Crime plans to kill all of Batman's friends with his demented weaponry. Giving one of these items a trial run, Joker aims the gun at a henchman’s face and fires. But instead of a bullet, there's only a little flag that reads “Bang.” But just as the henchman lowers his defenses, the flag fires into the thug's face, revealing that Joker's funny device is actually a spear gun. Now that’s a joke that kills. 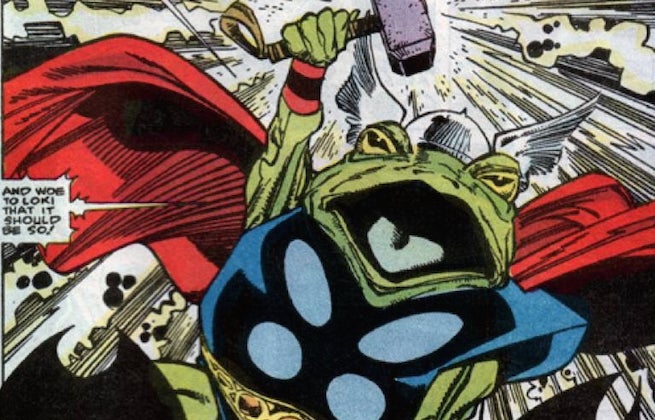 2. It's Not Easy Being Green--Or Frog Thor

Bu definition, Loki is the “God of Mischief” and an expert trickster. Unfortunately, it's his half-brother Thor who's often on the receiving end of his practical jokes. And any conversation about quintessential Loki tricks must start and end with the time he transformed Thor into a frog. Not only did this brilliant bit of chicanery disable Thor from claiming Asgard's vacated Throne, but it also spawned a fan favorite story that's considerably better than it has any right to be. After all, if transforming Thor into a frog was so easy, why didn't Loki do it years earlier?

This frog thankfully doesn't croak out any verses of “Rainbow Connection” (despite how easy the Rainbow Bridge would have made it). Frog-Thor is able to reverse Loki’s spell, but only after he grabs his mighty hammer and becomes an anthropomorphic frog/Thor hybrid. Definitely not an intended consequence of Loki's prank, but awesome all the same. 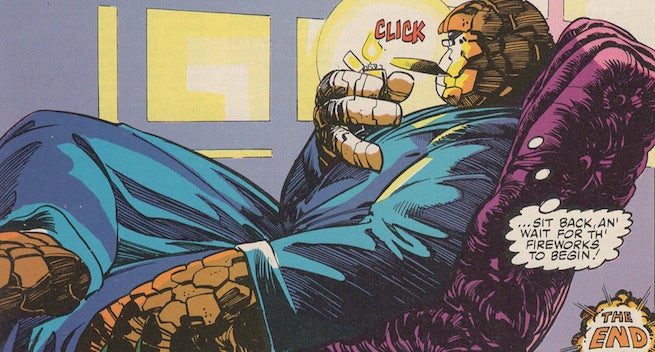 As is life as an orange rock-monster wasn't hard enough for Ben Grimm, The Thing is constantly picked on by teammate Johnny Storm/Human Torch, and his childhood tormentors, the Yancy Street Gang. After years of zingers, taunts and physical gags, an entire issue of Marvel Fanfare was dedicate to an April Fool’s prank war between Ben and Johnny. Johnny prepares such jokes as fake whiskers, a holographic image of Doctor Doom and an exploding cigar. But the joke ultimately falls on Johnny when it’s revealed that he doesn’t know how to read a calendar and his wave of pranks came one day too early. Jokes on you, matchstick head.

As one of the most famous April Fool’s story in comics history, this issue also gives the humorous loos at Ben and Johnny’s brotherly dynamic of love and hate.

Dungeons & Dragons Is Adding a New Kind of Mind Flayer