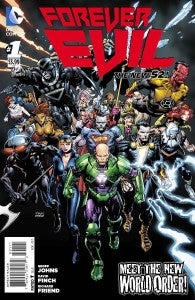 DC Comics today released a preview of the first issue of Geoff Johns and David Finch's Forever Evil, the miniseries event flowing out of Trinity War and the Villains Month stories. Effectively, the heroes are gone and the villains of the DC Universe are forced to face off against the Crime Syndicate of America, a dark, twisted version of the Justice League from an alternate Earth. In the pages seen here, members of the Crime Syndicate set about trying to make the world their own, while Nightwing and Lex Luthor both find themselves at odds with members of the villain team. Both Lex and Nightwing have been described as integral to Forever Evil, with DC editors promising at Fan Expo Canada a couple of weeks back that there would be some Nightwing news that gets mainstream attention and sets the Internet on fire coming on Wednesday when Forever Evil #1 is scheduled to be released. So if you're a spoiler-phobe, probably better to stay off the Internet today and tomorrow until you've seen the issue. This is one of DC's better-planned events in a while, with a Necessary Evil: The Villains of DC Comics documentary coming to DVD this month as well as a trade paperback by the same name collecting some of the company's most classic, villain-focused stories from throughout the years. That's arguably not surprising for a story that appears to have been in the works for quite some time--Trinity War was teased as early as Free Comic Book Day 2012. You can check out the preview of the issue at left and below. Click on a page to see a larger version. 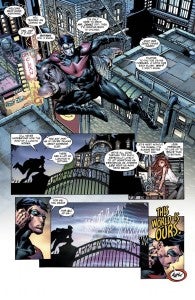 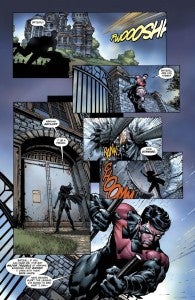 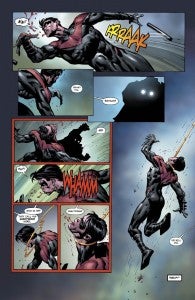 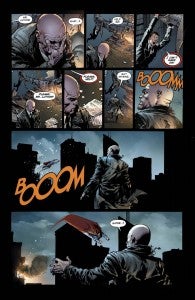 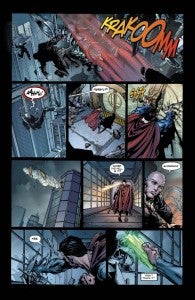