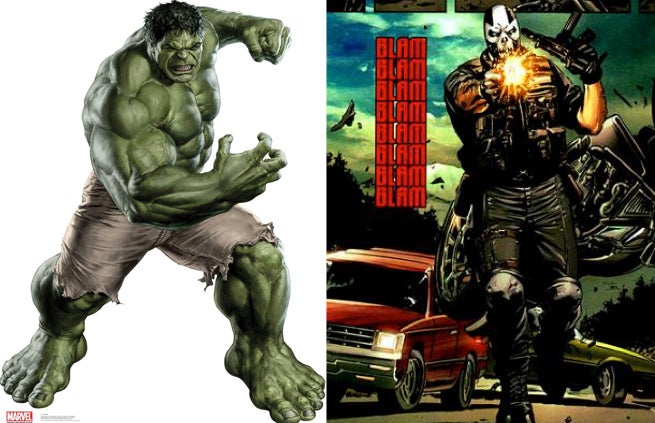 The Hulk Vs. Crossbones isn't a fight that's necessarily on the top of most comic readers' wish lists, but Frank Grillo might change that.

Grillo, the actor behind the Marvel Cinematic Universe's Crossbones, explained how and why his character could best the Green Goliath on any day of the week.

The Hulk is just a big thug who comes at you. He comes out swinging. Crossbones is much smarter than that. Plus, he's got weapons. The Hulk has no weapons. He's an idiot. And he's green. Crossbones doesn't lose to people who are green. I'll fight any of those guys. Any of them.

Grillo gave the rather startling prediction in a recent interview with Entertainment Weekly. In the conversation, Grillo detailed how much fun he had playing Captain America's modern-day nemesis in Captain America: Winter Soldier, explaining that "He is not good and not bad, Crossbones. He's just a guy who's defending his ideology, and he's a badass."

While his inclusion in Captain America: Civil War hasn't been officially confirmed, Grillo has made several hints that Crossbones would return for the sequel.

Do you think Crossbones could take on the Hulk? Sound off in the comments.

WWE's Dijak Puts Everyone On Notice in NXT In-Ring Return