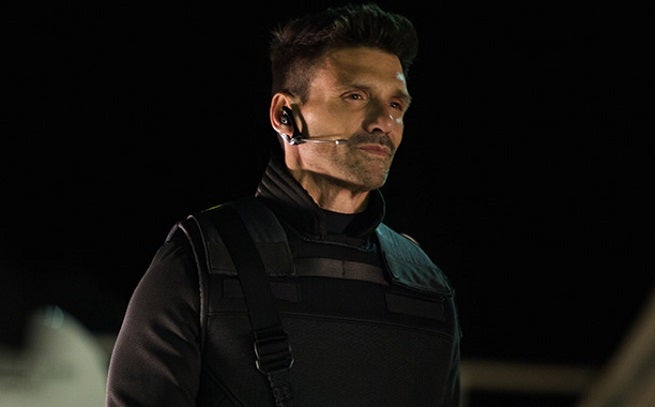 “[The Winter Soldier] was only a taste of what’s to come with the next film, and I couldn’t be more humbled and excited,” Grillo said.

Grillo says that he’s been contacted for some very early pre-production procedures.

“They just kind of called and said, ‘What kind of shape are you in? We’re going to need a body scan,’” Grillo said. “They scan your body so that whatever you wear fits you like a glove.”

Grillo says he was more than happy to help bring Crossbones to life however he can.

“He’s a badass,” Grillo said. “He is just vicious. I like the idea that it’s no holds barred. I was 15 pounds bigger when I did Cap 2, and I’ll put another 15 pounds on to do Cap 3. I love the physicality. It changes the way you look; it changes the way you feel. We all know what Crossbones represents in his world, so when they called me and said we gotta do the body scan, I was like ‘Okay!’”

In addition to being excited for his own character, Grillo is also excited for the characters he’ll be sharing the screen with.

“It’s going to be fun. I hear Iron Man is in Captain America 3—he’s got a big role—and the Black Panther. It sounds like this Civil War is going to be pretty interesting.”