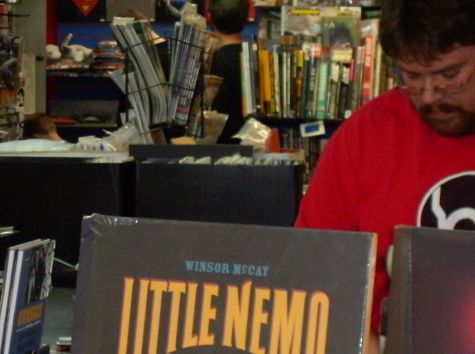 It's the first Monday in May, two days after Free Comic Book Day. The books have been handed out, the festivities over, the sales bins empty and the guest writers or artists are on their way back home. All in a day's work for a comic book store. In a previous article I touched on what the customers thought about this annual event, but how does it look and work from the retailer's perspective?

During moments of peace on what is usually one of the busiest days of the year for a comic book store I talked with Alan Gill, owner and operator of Ultimate Comics, a three-store chain in central North Carolina, and Jon and Lee Newman, managers of two of the branches, to get their perspectives on what makes pulling of a successful Free Comic Book Day such a spectacular task.

When talking about the initial set-up for a Free Comic Book Day, Gill mentioned, what may surprise some people, the cost of the event, "We usually spend about $1,000 on the comics. They're free to the customers, but not to the retailers. Usually though we'll pair this event with a sale, such as $5.00 action figures and $1.00 books to help with the cost." After getting the books, Lee Newman explained what else goes into the process. "Each store manager gets a say in what books we order for our stores and which store will get how many of each. We tend to order heavy on kids books." 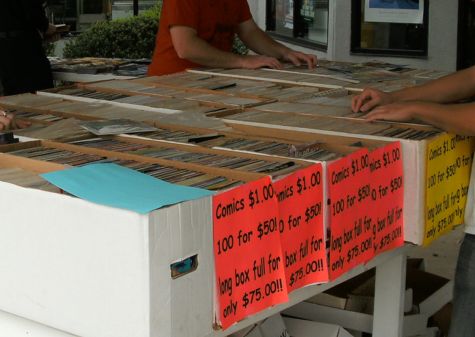 From there, Jon Newman explained a particularly tricky aspect of setting up for Free Comic Book Day, "No matter how much we think we're planned out, there's always something to do the week of the event. For example, we used to get all the free books shipped to us at once, but now they come at different times, even up to the week of the event. Since we put stickers with the stores' information on every book, that complicates things for us sometimes in really feeling ready."

When asked why they use stickers, Newman explained a useful part of Free Comic Book Day from the retailer's perspective, "The stickers help to remind people who come here for the first time where we are and where a comic book store in the area is if they need to recommend one to someone or if they decide to come back and shop." Lee Newman also explained the benefits of collecting email addresses on this day, "We try to line up several sales after Free Comic Book Day to increase our traffic. We always email this out to our newsletter, and getting more addresses helps us do that. Free Comic Book Day helps us to look at how we can help our intentions for our store to be in this [business] long-term."

While all three expressed the notion that pulling off a successful Free Comic Book Day is quite a bit of work, it is a worthwhile endeavor. "You get a lot of people who are out looking for bargains, a lot of families come out to the event, and we're usually able to get three or four people to open up a comic book subscription out of the event at each store, so that does help to raise our level of presence in the community. It's always a good day when we have this event," said Gill.

One thing that Jon Newman felt helped Ultimate Comics with making it successful and an all-day event was the way they distribute the comics, "We try to limit the number of free comics per person so we still have some at three or four in the afternoon when people are still coming out to the store. Some stores don't do that and they run out early."

At the end of a long day, each of them agreed that the idea and the concept behind Free Comic Book Day makes it a worthwhile endeavor for both customers and retailers. "I think Free Comic Book Day is an awesome idea. It's a great way to get new readers, especially kids, into comics. That keeps the medium going," said Jon Newman. "I would love to sell some of these excess Elongated Man action figures," chuckled Gill, adding, "I think this day is really great for showing people where we are and what we have as a store and our place in the community."

Plans for Free Comic Book Day 2010 may already be in the works, as according to Lee Newman, getting artists and writers to come out to an event can be something that has to be done a year in advance at times. Although this event happens only once a year, it's certain that Ultimate Comics will be ready and eager to pull it off again at the same time next year.