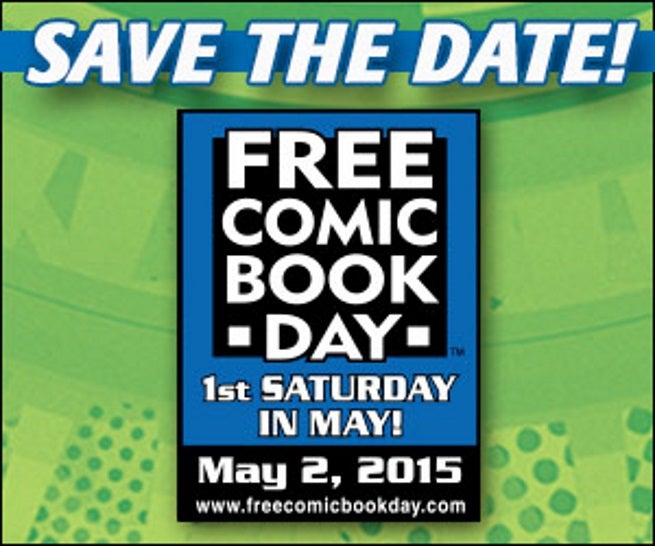 Diamond Comic Distributors has officially announced May 2, 2015 as the next Free Comic Book Day. As usual, the event falls on the first Saturday of May, which tends to follow the first blockbuster superhero film release of the year. In 2015, that film will be Avengers: Age of Ultron.

The Free Comic Book Day Selection Committee selected 50 comics from DC Comics, Marvel, Archie, IDW, Dark Horse Comics, Image Comics, and other major and independent publishers, which they believe will be enjoyable for fans of all ages, to be given away at local comic retailers during the annual event.

“Free Comic Book Day is the biggest and most anticipated event of the year for all comic book enthusiasts. It’s the perfect opportunity for new and devoted comic book, entertainment and pop-culture fans to get great comics for free, while participating in fun comic shop events,” said Free Comic Book Day Spokesperson Deborah Moreland. “Comic book shops see FCBD as a great way to show off their stores and help novice and veteran fans find stories they will love that not only entertain but enrich their lives. It’s also a great excuse for people to let their inner ‘geek’ out while having fun meeting like-minded people and exploring their local comic shop.”