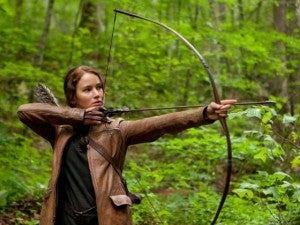 Well, this is one we saw coming.  "The Hunger Games," coming off a phenomenal first weekend and very strong first week, led the pack Friday at the box office.  The Suzanne Collins bestseller turned film took in an estimated $18.9 million. The Friday total should put it above $60 million for the weekend, but short of our (and others) expectations.  We had the movie pulling in $75+ million this weekend.  However, at this point, it's never good to underestimate the fans of Katniss (Jennifer Lawrence), Peeta (Josh Hutcherson) and the crew. Unfortunately for "Wrath of the Titans," the film only took in an estimated $12.4 million on Friday.  That puts "Wrath" on a $36 million pace for the weekend.  Comparing it to the April opening weekend of it's predecessor, "Clash of the Titans," which took in $61.3 million, "Wrath" is off to a pretty poor start.  However, the film will still do well enough domestically and will most likely crush it overseas (much like "Clash" did). "Mirror, Mirror," the Snow White retelling, brought in a light $5.9 million, while "21 Jump Street" ($4.7 million) and "The Lorax" rounded out the top five. We'll have full weekend estimates tomorrow, so check back for those.

Friday Box Office Kind to Hunger Games, Not Wrath of the Titans