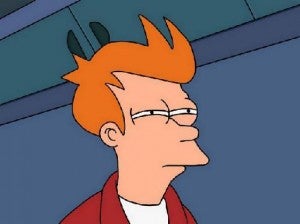 The organizers of the upcoming Rhode Island Comic-Con, set to be the state's first comic book convention and coming the first weekend in November, announced today that Futurama actor Billy West, also known for his roles on Doug and Ren and Stimpy as well as his stint with the Howard Stern Show, will headline the show.

Oh, yeah, and the Soup Nazi.