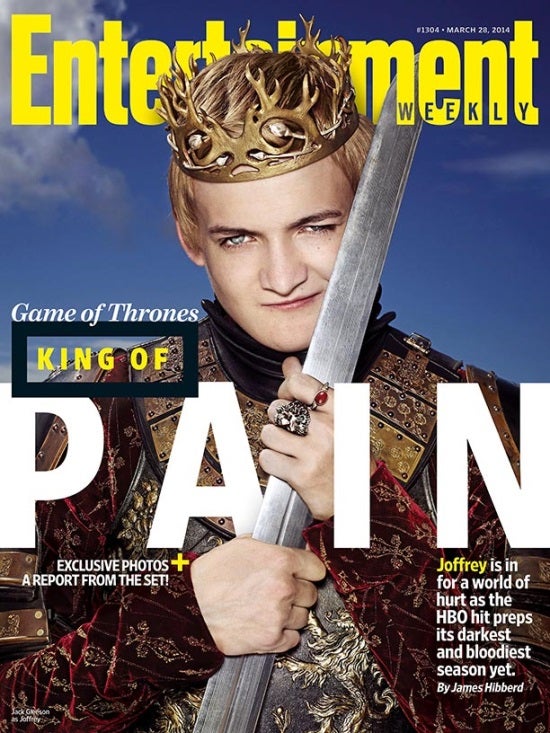 The latest cover of Entertainment Weekly features Jack Gleeson as, the character fans most lost to hate, King Joffrey Baratheon.

The cover puts Joffrey’s sadistic side (does he have another side?) on full display, labeling him the “King of Pain” as he clasps a sword and gives a crooked smile.

It’s all leading up to Game of Thrones Season 4, in which Joffrey will be wed to Margaery Tyrell (Natalie Dorner) in a royal wedding.