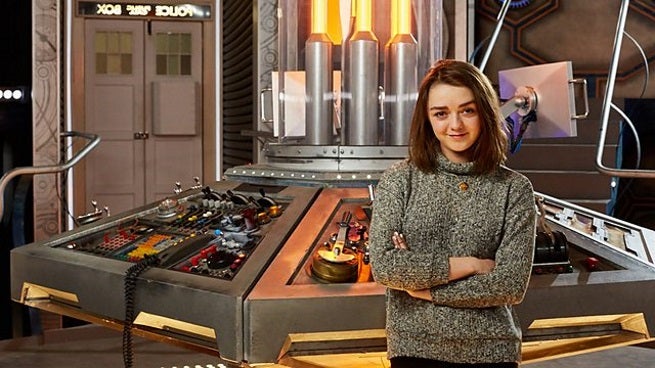 Game of Thrones star Maisie Williams will guest star in Doctor Who Series 9, the BBC announced today. Williams is best known for her role as Arya Stark in HBO’s fantasy drama, and has just returned to the UK after touring the United States for the show's Season 5 premiere.

“I'm so excited to be working on Doctor Who as it’s such a big and important part of British Culture,” Williams said during her first day on set. “I can’t wait to meet the cast and crew and start filming, especially as we’ll be shooting not too far from my home town.”

“We’re thrilled to have Maisie Williams joining us on Doctor Who,” Steven Moffat, lead writer and Executive Producer, added. “It’s not possible to say too much about who or what she’s playing, but she is going to challenge the Doctor in very unexpected ways. This time he might just be out of his depth, and we know Maisie is going to give him exactly the right sort of hell.”

Doctor Who Series 9 is in the process of filming two period piece episodes: ‘The Girl Who Died’ written by Jamie Mathieson and Steven Moffat, and ‘The Woman Who Lived’ by Catherine Tregenna. Starring Peter Capaldi (The Doctor) and Jenna Coleman (Clara Oswald), both episodes are directed by Ed Bazalgette (BBC One’s Poldark).

Doctor Who Series 9 will premiere in the fall of 2015.

Pokemon Unite: How to Add Friends