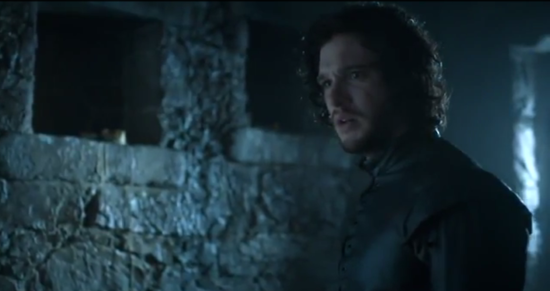 HBO has released two new television advertisements for the upcoming fourth season of Game of Thrones.

The first drives home the season’s most recurring message: “All Men Must Die.” It shows some new glimpses at the violence and chaos that is about to erupt in Westeros.

The second, “Awaken,” ad features Jon Snow comparing returning from beyond the wall to being asleep for a year and waking to find the world falling apart.