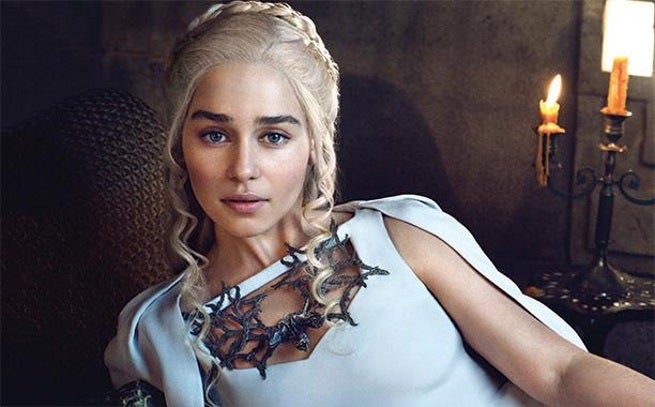 While Dany and Jon look as graceful and dire as ever, respectively, Tyrion and Arya are both sporting new looks. Tyrion’s cover gives us another look at the beard he seems to have sprouted since leaving King’s Landing. Arya’s cover give us our first look at the new appearance she take on in Braavos, hinted at previously in concept art.

The issue of EW has feature chronicling a visit to the set of Game of Thrones Season 5, a season that showrunner David Benioff promises will be a game changer.

“Worlds are colliding,” says Benioff. “One of the things we’ve been most excited about from the beginning of the series is we’ve had all these fall flung story lines across Westeros and Essos which almost never cross. Now some of these characters start to head on a collision course for each other.”

Game of Thrones Season 5 premieres April 12 on HBO. Check out the four EW covers in the gallery below.