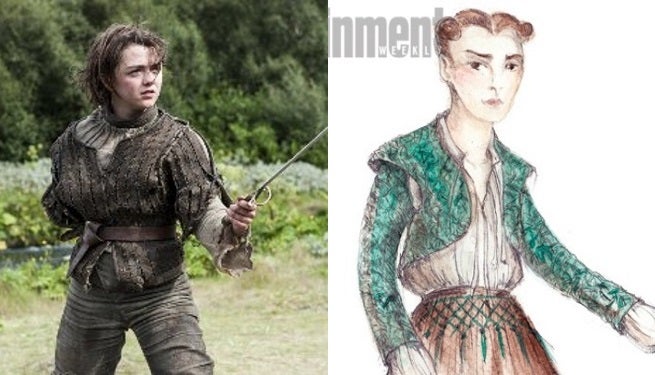 Arya Stark is finally getting a change of clothes in Game of Thrones Season 5, and Entertainment Weekly has revealed the costume design.

Arya has had the same dirty, androgynous look since the end of Game of Thrones’ first season, when she was forced to try to pass herself off as a boy being brought to the Wall to join the Night’s Watch. At the end of Season 4, she books passage on a ship heading to Braavos. When she arrives, her life will change drastically. 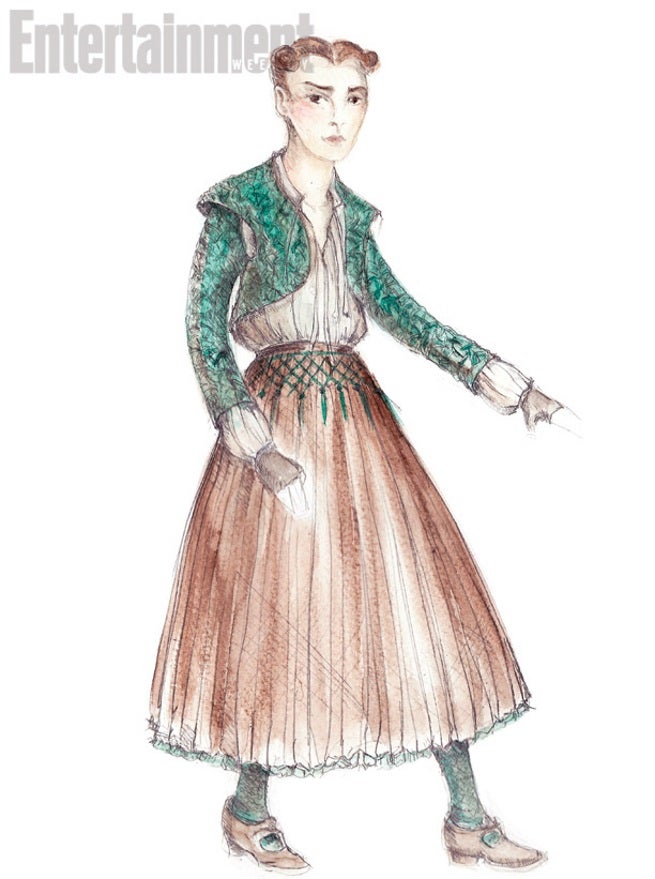 “For so long she had to look like a boy,” costume designer Michele Clapton says. “Even when [the disguise] was no longer necessary, it made no sense to change it [because] she was on the road.”

Apparently the change is Arya’s appearance was so drastic that some of the show’s crew members didn’t even recognize Williams.

“I had my hair braided up to these big buns and bits of jewelry and a jumper thing with a long skirt, and I came onto the set and nobody recognized me,” Williams says.

The clothing change is more than just a fashion choice. The change carries a lot of symbolic weight, which will be apparent in the scene where Arya removes her tattered old outfit.

“That was such a release—it was like no acting required,” Williams says of the scene. “This feels totally like a next chapter.”