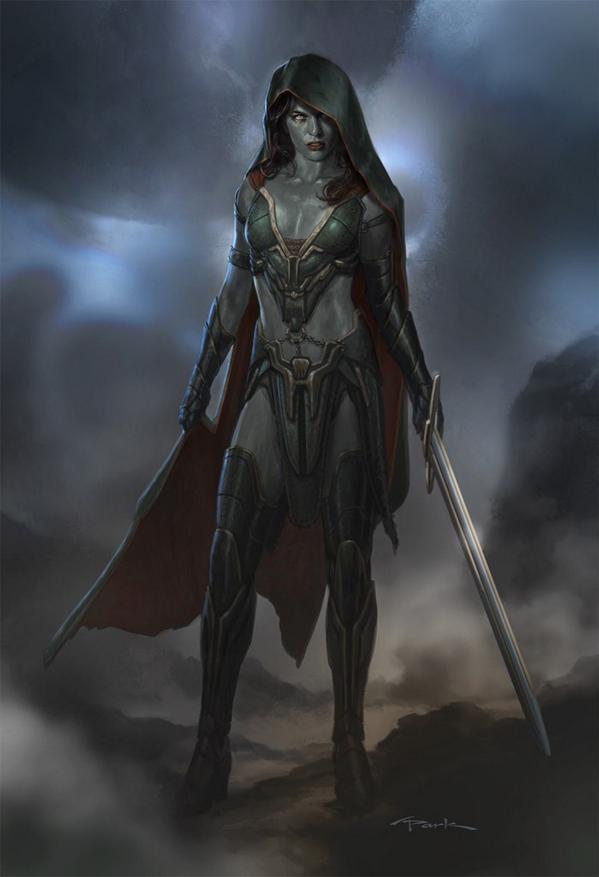 An early concept image of Gamora from Guardians of the Galaxy has surfaced online, showing fans how the daughter of Thanos could have looked in the Marvel Studios film.

Concept artist Andy Park, who designed character concepts for Guardians of the Galaxy, tweeted an image of his first crack at Gamora earlier today. The design is closer to the Gamora’s look in comics than what eventually appeared in the film, with a hooded cloak, green armor, green hair, and Gamora’s trademark sword. It also appears that this design didn’t account for Gamora actress Zoe Saldana’s likeness, so it was probably made early on in the film’s pre-production. 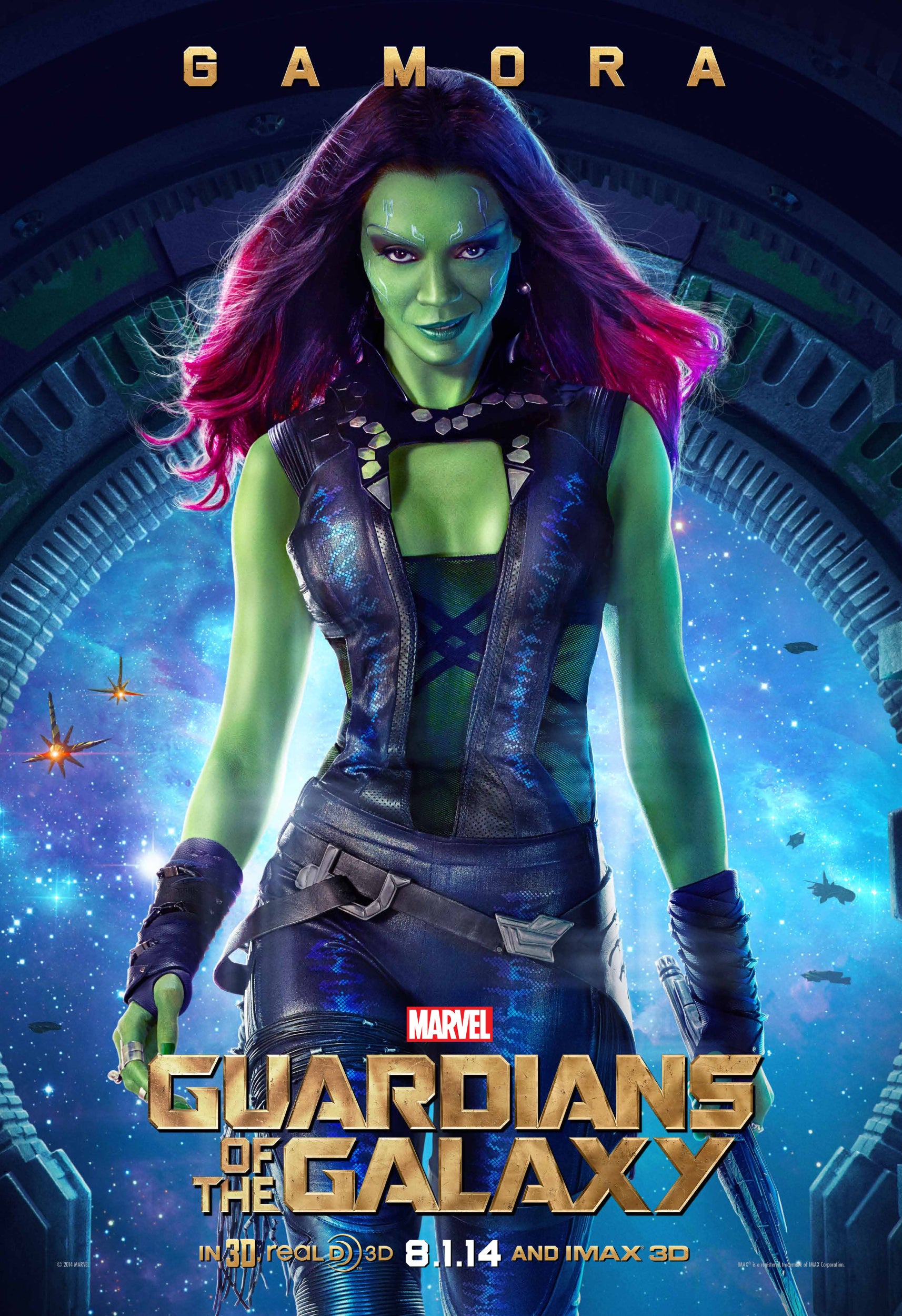 Not that there are any complaints regarding Gamora’s final design. And Marvel Studios must be pleased with Parks’ work, as he’s currently working on concept designs for Avengers: Age of Ultron and Ant-Man.