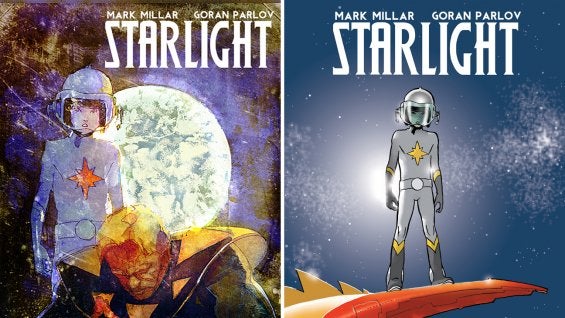 Having completed the first draft of an upcoming standalone Star Wars film, in-demand writer Gary Whitta will hand the project off to Lucasfilm to complete while he heads to work on a film adaptation of Mark Millar's Starlight.

It's not yet clear who will take over to tighten up and complete the spinoff, set to be directed by Gareth Edwards. Everyone involved seems to be on good terms, though, and Nerdist points out it's likely Whitta simply fulfilled his contractual obligations and moved on. An earlier story at The Hollywood Reporter made it sound as though something had gone wrong. Whitta retweeted the Nerdist story on social media.

“Gary has been a wonderful, inspired contributor and I enjoyed working with him tremendously. I’m so grateful for all of his contributions,” Edwards said in a statement.

“The year I spent working with Lucasfilm on this Star Wars film has been by far the most rewarding period of my entire career," said Whitta. "As a lifelong Star Warsfan I’m deeply grateful to have had the rare opportunity to contribute to a new chapter in its ongoing cinematic legacy. The film is going to be amazing.”

Whitta, a writer on a number of video games including The Walking Dead and Prey, made the jump to Hollywood with The Book of Eli and After Earth before moving on to the Star Wars project.

The still-untitled film is expected in theaters on December 16, 2016.