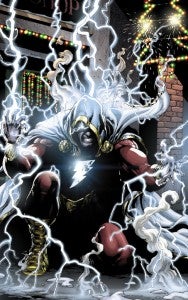 The big news of the weekend was that DC Comics co-publisher Dan Didio announced at Kapow that a previously straight DC Comics character would be re-introduced as gay, but it was not revealed who the character would be. Earlier this year, there was a rumor that circulated online and that Comicbook.com was emailed a couple times that Shazam would be gay in the new DC Universe. The rumor indicated that Billy Batson would be portrayed as a bullied gay teen. Now, according to recaps of the Kapow panel from both Bleeding Cool and Comic Book Resources, Didio said DC Comics was about to re-introduce a formerly straight character as gay, which would seem to indicate that the character had not been revealed yet. However, ABC News was able to get another comment out of DC Comics that offered a little more information. ABC quotes Courtney Simmons, DC Entertainment's senior vice president of publicity as saying, "One of the major iconic DC characters will reveal that he is gay in a storyline in June." This additional quote seems to confirm that it will be a major iconic character and not one of the second-tier DC Comics character not widely known among the public. Most of the major iconic characters of the DC Universe have already been re-introduced so maybe Didio didn't necessarily mean the character hadn't been introduced yet. We also know from the ABC News quote that the character is male. 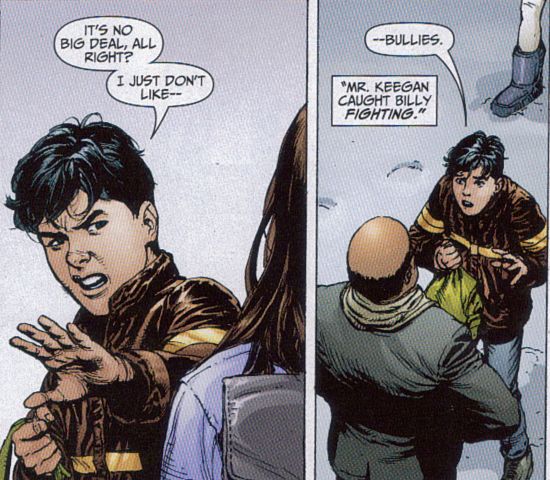 This all leads us back to the Shazam rumor that we heard earlier this year. Shazam was re-introduced into the DC Universe in a back-up story in Justice League #8. The new Billy Batson has been portrayed as somewhat of a brat, but it's not been revealed what has led to his attitude. Initially, Billy Batson had trouble getting along with the other children in his adopted family. However, in Justice League #9, when bullies start picking on the other kids, Billy Batson rushed to their aid. Billy said, "It's no big deal, all right. I just don't like bullies." Could it be that the early rumors were true and Billy Batson is gay in the new DC Universe? Maybe, Billy doesn't like bullies, because he's been bullied in the past. Shazam would definitely qualify as an iconic character.