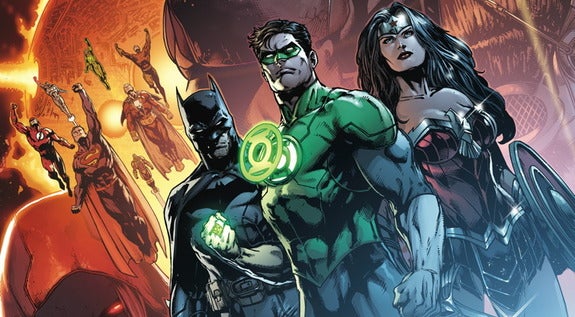 Spoiler Warning: This week's Justice League #41 is filled with several jaw-dropping moments, but none will leave readers picking their chins off the ground like the issue's penultimate scene.

In the first chapter of Geoff Johns and Jason Fabok's cataclysmic "Darkseid War," Lex Luthor is gunned down by none other than his sister, Lena Luthor. Talk about serious sibling rivalry. As Lex bleeds out in Superman's arms, there's a chance that the megalomaniac might not leave this one alive. And while the Darkseid War's cosmic scales could have put Luthor in the ER in a number of different ways, writer Geoff Johns says Lena was always destined to deliver the blow. 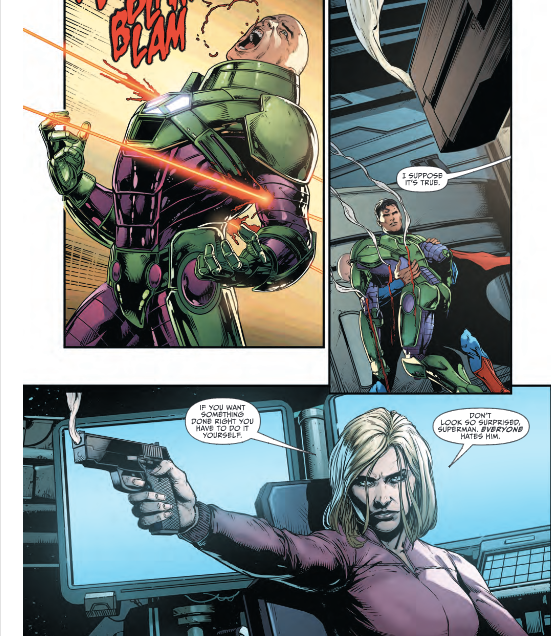 "When I first mentioned Lena in Forever Evil and brought her into Justice League almost a year ago, I always knew she was going to be the one that shot Lex in this moment," Johns told ComicBook.com. "We wanted to get her on stage, and have her as a presence in the book. She'll be a key player in the storyline too."

Luthor's well-being may be the least of the League's problems, however. As Superman scoops his arch-rival's guts off the ground, several other players from Johns' Justice League run return to make a bad situation worse. Namley, those Earth Three schmucks behind Forever Evil, The Crime Syndicate.

"It's not like we cut to the Crime Syndicate for no reason," Johns revealed. "We don't cut to them just to cut to them. They're going to be players in the storyline too. "

That's a lot of spinning plates for a story originally billed as a slugfest between Darkseid and the Anti-Monitor. But don't worry, Johns hasn't forgotten about the story arc's original pitch. But now, it's just one of many sticking points that makes The Darkseid War truly worthy of its Apocalyptic namesake. 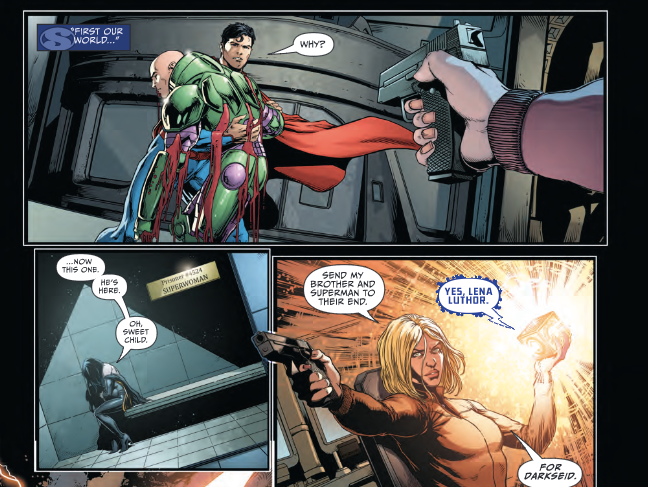 "We're still doing this great story of Darkseid vs. the Anti Monitor, but it has to be a lot more than that. It has be more complex," Johns said. "And we have a lot of characters, new characters that we want to introduce."

What did you think of Justice League #41's surprise ending, and the entire issue itself? Let us know in the comments!

Jujutsu Kaisen Season 2 Seems to Have Found Its Director

Primal Creator Breaks Down Difference Between Seasons 1 And 2