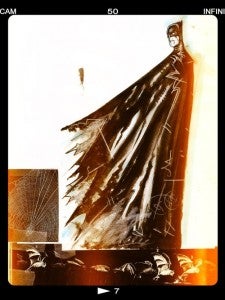 Former My Chemical Romance frontman and Umbrella Academy co-creator Gerard Way took to Twitter earlier today to share a handful of concept sketches from a never-published Batman story that he pitched to DC Comics and allegedly got approval for.

What prevented it from being made, then, isn't totally clear--although according to Way, this was planned as a Vertigo project, as opposed to a DC Elseworlds-style affair; that might have been a sticking point, as putting their big-name superheroes in the adults-only Vertigo imprint is something that DC have always resisted.

The images are “from a comic I pitched to DC the year [Gabriel Bá] and I won the Eisner,” Way said on Twitter. That would be in 2008 for The Umbrella Academy, meaning that this book failed to take shape long before something like the New 52 could have sidetracked it.

You can check out Way's Twitter account for concept designs for Robin, The Joker, Mr. Freeze and more.