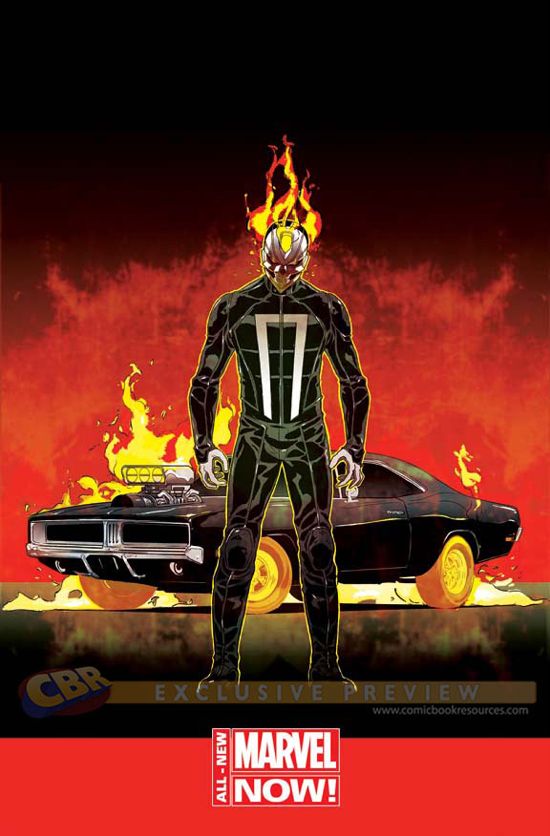 In what is likely to be a very controversial change, Ghost Rider appears to be ditching his motorcycle for a car. Comic Book Resources debuted two covers for the All-New Ghost Rider, which is set to debut as part or Marvel Now in 2014.

This All-New Ghost Rider will feature a new character named Robbie Reyes as Ghost Rider. Robbie is an East Los Angeles high school senior, who is described as having a passion for anything with an engine. 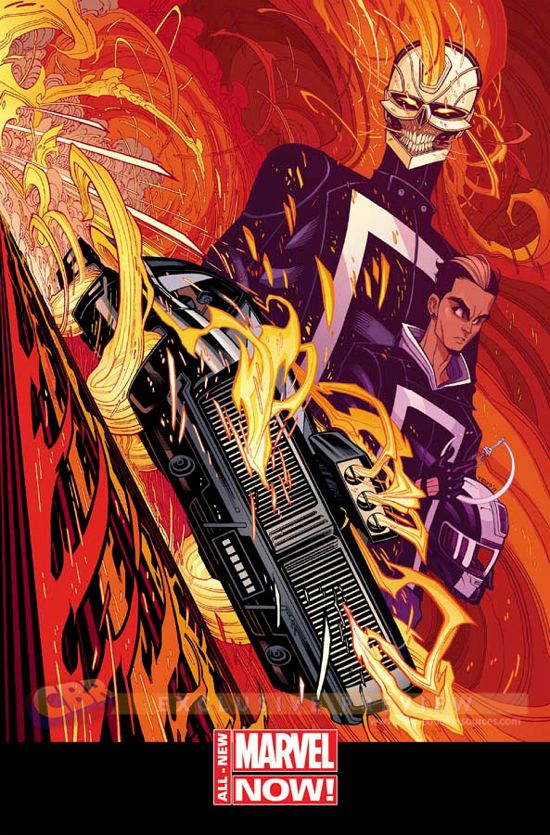 Ghost Rider Trades In Motorcycle For A Car