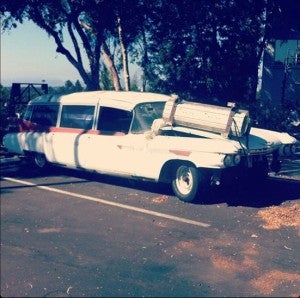 The petition states: "Ghostbusters Fans would like to ask Sony Pictures to sell us the 1959 Cadillac used for the Ecto-1a (along with all original "Ecto" parts) at the current scrap value. With the car in our hands, we would then be able to give her the restoration to screen used quality that she deserves. We have started this campaign to garner names in support by those who would like to see the restoration occur."

The petition currently has over 2,300 signatures.