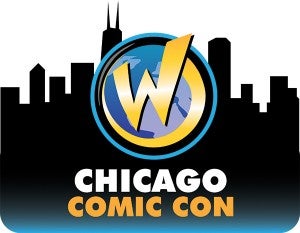 This weekend, ComicBook.com will be at Wizard World Chicago, with guest writer Jen Aprahamian behind the lens and keyboard for us. What's going on at the show? Well, here's a rundown, with more at the convention's official programming schedule. It should be noted that, unlike New York Comic Con or San Diego Comic-Con International, Wizard World clears the rooms between panels to allow the most people to see SOMETHING, which means you probably won't be able to camp out in a hall and see EVERYTHING.

Keep an eye on the site this weekend, and follow ComicBook.com, Jen Aprahamian and/or Senior Staff Writer Russ Burlingame on Twitter for a minute-by-minute update of our coverage.

Going to Wizard World Chicago? So Are We.