Each figure comes with a play set that is befitting of their characters. Penguin gets a pier set, which is good for begging for once life. Gordon gets an alleyway, which is perfect for consoling a young Bruce Wayne. And Cat can hang out on her fire escape set, which will give her a great view of the Waynes being murdered.

The figures will be available this fall. You'll have to shell out $24.99 for each figure.

"We're doing a line with no Batman," Diamond Select Toys president Chuck Terceira stated. "We'll make a Bruce Wayne, but the show's magic is that its heroes are the civilian or villain characters who have always surrounded Batman." 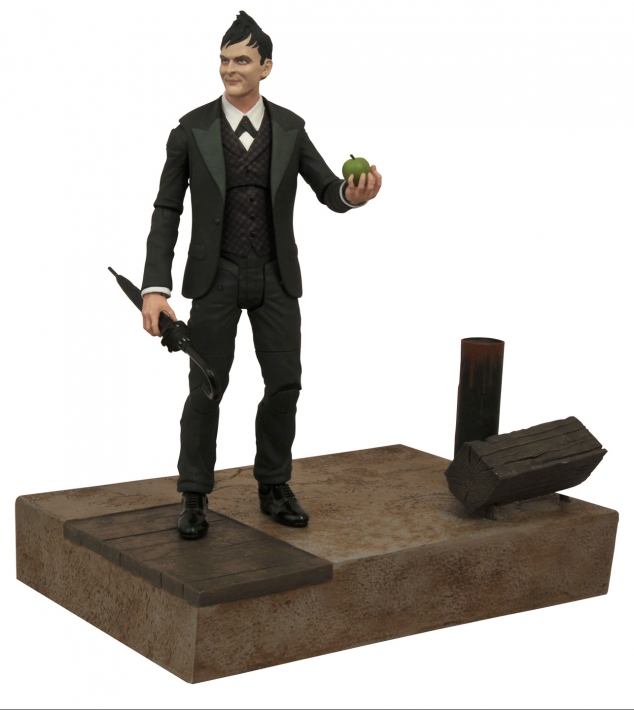 "The Anvil or the Hammer" - The Ogre breaks down Barbara's emotions, while Gordon and Bullock go to great lengths to track him down. Meanwhile, Penguin leads a massacre, beginning an epic war, while Bruce learns the truth about Wayne Enterprises and Nygma deals with his recent actions.

"The Anvil or the Hammer" episode of Gotham airs Monday, April 27th on FOX.

Peacemaker Teams Up With Twitter Safety For Simp Mode