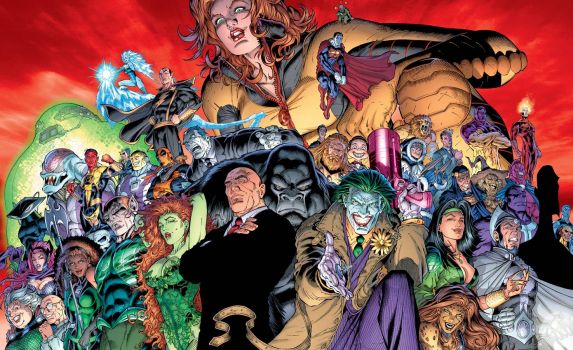 Jim Gordon's going have his hands full when Gotham returns this fall, as two DC Comics villains are set to make their debut on the show.

The latest online reports suggest that Fox is currently casting for both a male and female villain--from the pages of DC comics--to muddy-up Gotham's streets. The male villain is described as "intelligent, cultured, and highly articulate," along with "extremely attractive, both seductive and threatening." Guess that rules out Killer Croc. As for the female villain, she is described as a "sexy knockout" in her mid-to-late twenties.

So, who from DC's library could fit those bills? Remember that the report, from TVLine, suggests that the characters are not limited to Batman's world by citing them as "DC villains.' Maybe Gotham will return the favor Arrow's given the Batman mythos, and use a Green Arrow villain? Either way, make your guesses in the comments below.

Gotham returns for its second season this fall on FOX.