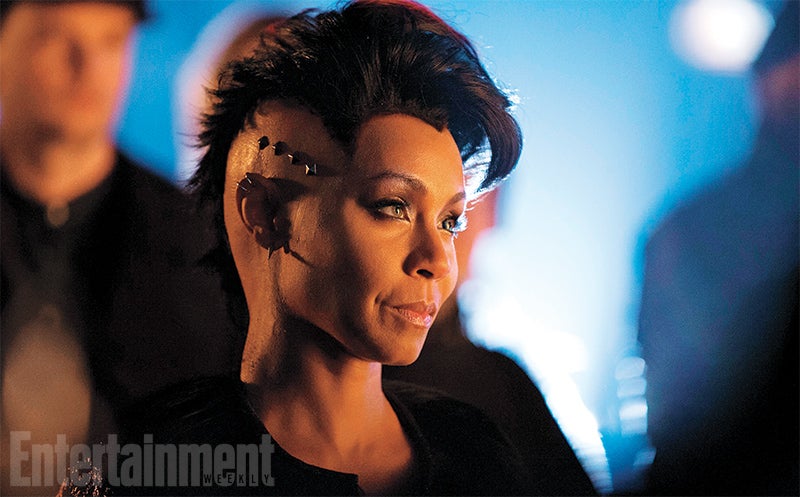 To mark her return to Gotham's underworld, Fish Mooney is donning brand-new look for April 27's episode, "The Anvil or the Hammer."

In the episode, Fish—who recently lost an eyeball while under captivity—looks to restake her claim as Gotham's chief mob-boss. Made stronger and more confidant by her horrific experience with The Dollmaker, Mooney won't let anyone stand in her way, according to Gotham's executive producer Bruno Heller. And that includes Gotham heavyweights like Carmine Falcone, Sal Maroni, Jim Gordon, and The Penguin.

"Dress for the job you want to have, not the job you have," Heller told Entertainment Weekly.

What do you think of Fish Mooney's new look? Sound off in the comments below.