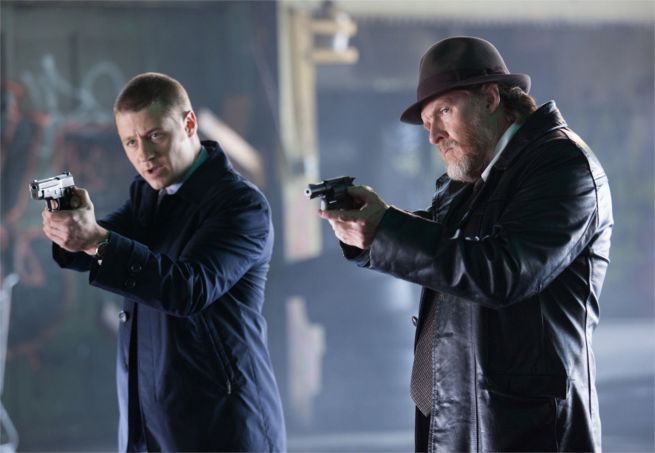 As you might expect, Fox have given Warner Bros. TV the order for a full season of Gotham. Sixteen episodes were on request already, the full order adds six more for a full run of 22. This doesn't guarantee the show won't get axed if ratings plummet, but really, I think you can expect the show to go the distance.

This gives the Gotham a good chance to bed in, to pay off on its promise and to really earn its audience, as well as a second run next fall. I don't know how many more characters they're going to introduce this year, whether or not they'll resolve the Wayne murder case or how many possible Jokers they'll dangle before our noses, but I'd like to think that fan's full 22-hour commitment is paid off with some kind of closure in the finale.

Bruno Heller and Danny Cannon have created an incredibly rich world, with characters that draw you in and a cast that brings to life these heroes and villains in a way we’ve never seen before. We are so excited to see where Bruno, Danny and the entire Gotham team take this story over the course of this season, and so thankful to all the fans who have embraced it this fall.

Gotham starts its run in the UK tonight on Channel 5, and in the U.S. returns to Fox for its fourth episode, Arkham.