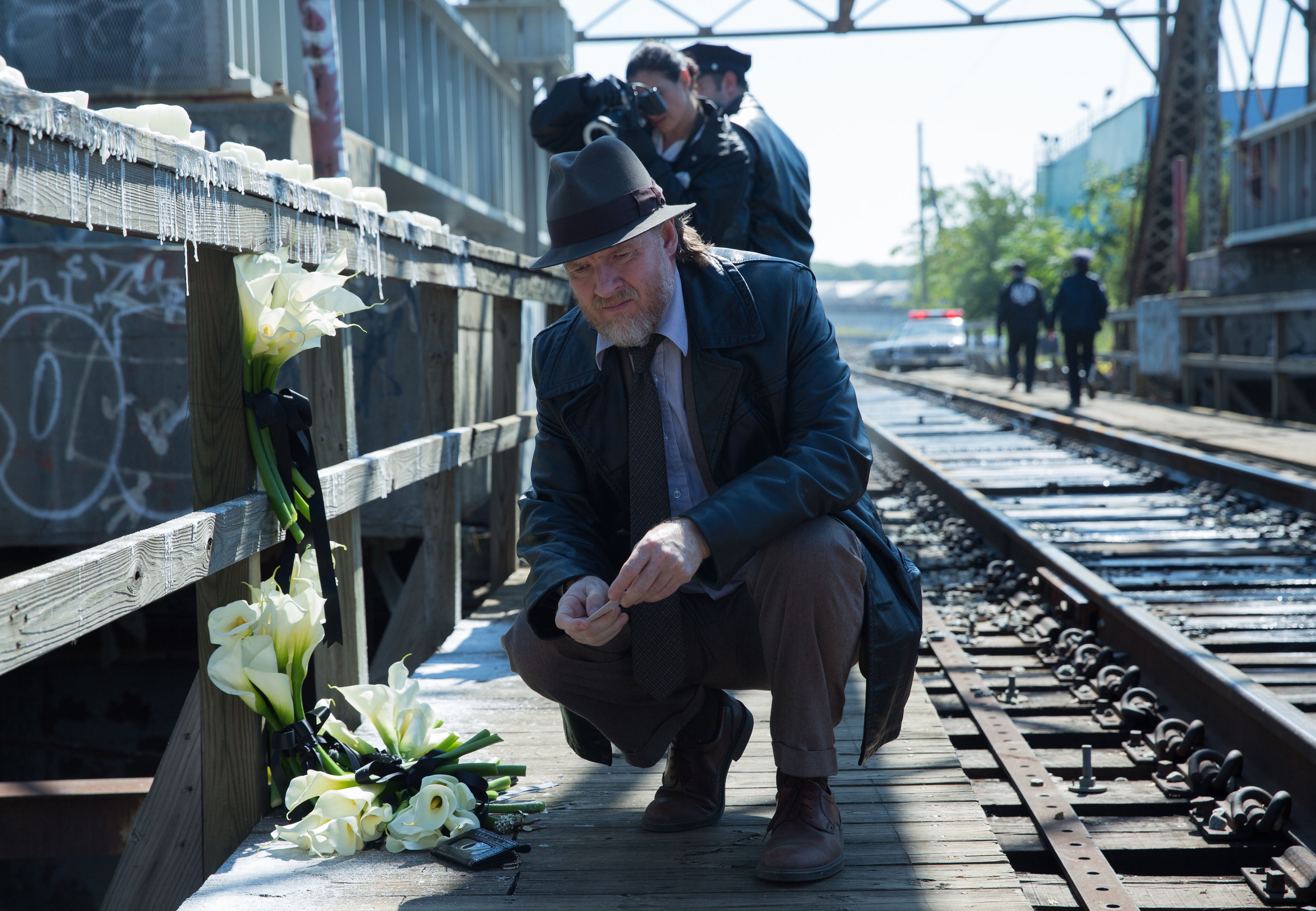 In the present day, Bullock and Nygma investigate a murder scene where the corpse is displayed the same dramatic fashion that The Spirit of the Goat's victims were. While Bullock tries to deny that the Goat has somehow returned from the dead, Jim Gordon battles his current demons with Sarah. The two have plenty of secrets to tell each other, but Gordon is called away to The Goat crime scene. At the scene, Bullock explains that the Spirit of the Goat, or a copycat killer, only targets the first-born children of Gotham's wealthy and elite.

Gordon and Bullock continue their investigation with the parents of the killer's victim, Amanda Hastings. Amanda's father, who has preexisting emotional problems and has a therapist at his side, can't continue the detective's interview as he convulses with grief. Back at the Gotham City Police Department, Nygma performs his end of the investigation by researching old archives and evidence on the first Goat case—while also taking the opportunity to try flirting with Kringle. The romantic endeavor, unsurprisingly, fails. Hoping to later impress Kringle, Nygma revamps her archive's filing system. Kringle, less than impressed, rejects Nygma again.

Gordon and Bullock next head to the morgue for an autopsy on Amanda's corpse. Bullock has the mortician find a penny lodged under the skin of the victim's neck—a personal M.O. of Milky. With such personal evidence uncovered, Bullock can no longer deny that the original Spirit of the Goat has returned. Bullock realizes that the only person who he can really consult with on the old case is Dicks, who's long-retired from the force.

Dicks now lives in a retirement home, bound to a wheelchair and a grudge against Bullock. Bullock and Milky surmise that Milky could not have been the only Goat killer, and that he was just one member in a larger conspiracy. It's the only way to explain the penny underneath the skin without resorting to a supernatural explanation. Milky also reveals that Bullock wasn't always quite so slovenly, and used to be as idealistic as Gordon is.

As Gordon and Bullock determine their next move, the Spirit of the Goat abducts another female socialite. With the clock ticking for the next victim, Gordon and Bullock start thinking that the Goat killer, or killers, are maintenance employees with access to the socialite's homes. Nygma's research eventually points Bullock and Gordon back to the same hideout that Bullock killed Milky at years ago. Sure enough, the Goat is there again, preparing his victim for another ornate death. Bullock pursues the killer while Gordon saves the victim.

Bullock and Gordon beat the killer into submission, where Gordon reveals that the killer is indeed a member of maintenance company that overlooks the socialite's buildings. Even with the case seemingly closed, Bullock is still troubled. The only thing connecting the present Goat killer with the past, Bullock thinks, is some supernatural spirit that possesses victims. Watching the latest Goat killer experience the same convulsions as Mr. Hastings, Bullock has a realization The killer and Mr. Hastings must have be under the influence of therapist. Digging deeper, he discovers that the current and past goat killer, were both under the same care of Mr. Hasting's therapist.

Bullock confronts the therapist with the revelation, where she admits to being the "Spirit of the Goat," and using the Hastings' maintenance crew as means of murder. Her motivation, she says, is to provide "therapy" to Gotham's One Percent. She wantes to frighten the social elite to stymie their stranglehold the rest of Gotham, and the Goat was her tool  to do so.

The Penguin takes brief break from his conniving to visit his mother.  Back at the nest, Oswald lets his mother dote on him as he claims that he will someday rule Gotham. He feels so good about it, he even lets his Mom give him a sponge bath. Forget the Spirit of the Goat—Oswald and his Mother's relationship are by far the creepiest part of tonight's episode. This downtime, however, prepares him for his biggest move yet.

Elsewhere in Gotham, Detective Montoya and Allen continue their investigation of Gordon's involvement with the Penguin. With enough evidence to issue a warrant against Gordon, Montoya unsuccessfully tries to prepare Sarah for the impending news. Sarah confronts Gordon about his impending arrest, saying that the two need to flee Gotham before it's too late. Gordon refuses, and lets Montoya and Allen take him back to the GCPD. Before they process Gordon and arrest Bullock, who's currently debriefing his captain on the Goat case, the Penguin arrives at the doorstep of the police department. While Gordon is cleared of the murder, Bullock learns that Gordon lied to him about shooting Cobblepot. With his trust broken, Bullock dives after Gordon as the episode closes on one of the best cliffhangers so far.

Gotham Recap With Spoilers: The Spirit Of The Goat