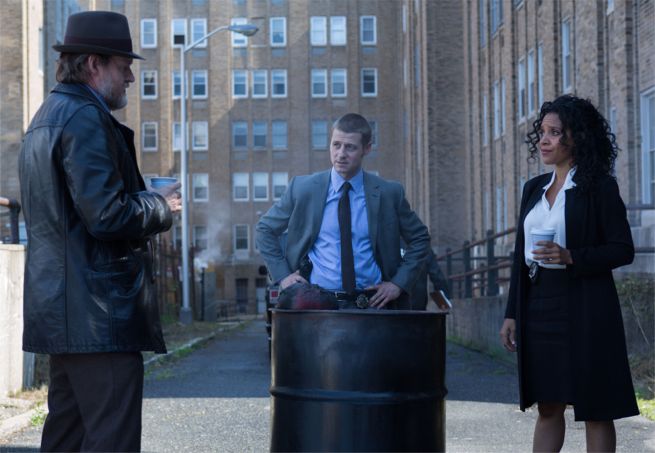 As a contentious city council vote on the future of the Arkham district approaches, politicians on both sides are in danger. Gordon and Bullock must race to protect the council and an old friend visits Gordon in the all-new “Arkham” episode of Gotham.