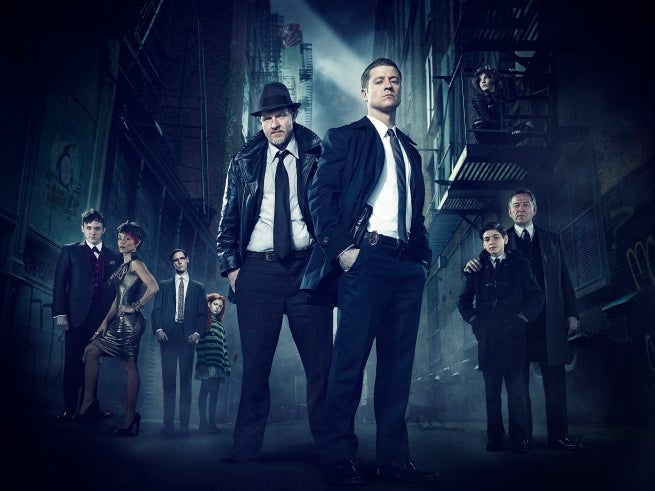 In a new interview, Gotham showrunner Bruno Heller warned fans not to expect a new Batman villain every week once the show gets rolling.

Yes, he noted, there are a number of important characters popping up in the pilot -- with The Penguin, Poison Ivy, The Riddler and Catwoman appearing -- but that isn't what it will always be like.

"You kind of have to frontload the pilot with the best you've got," Heller told Variety. "As the show rolls on, we'll be far more careful with how we roll out the villains and in what way... These are the origin stories of these guys. The Penguin comes fully fledged since you have to show your best cards up front, but as we go on, a slower roll out."

Regarding fan concerns about the villains being too much older than Batman, Heller also tried to ease their anxiety.

"It's not a whole new mythology," he promised. "When so many stories [in the comics] are created, none of them can be constant with each other. We won't break the canonical iron truths of the Batman mythology, but issues of chronology, we will play with."

He added that DC Chief Creative Officer Geoff Johns was helping in that respect.

"I've been talking to Geoff Johns at DC for some time, and Geoff and the rest of the guys have been part of this process from the beginning," said Heller. "When I talk about the canonical myth and what's inside it and what's outside it, they've been absolutely crucial... they've given us a lot of leeway and freedom to create. I'm hoping Geoff is going to be writing some episodes down the line. We talk about it constantly, which villains would be appropriate when and how."

Gotham Showrunner: We'll Tone Down the Villains After the Pilot