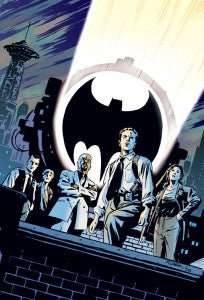 Even though there's no Batman planned for the forthcoming Fox series Gotham, one of his best-known supporting players (future Gotham City Police Commissioner James Gordon) will star as the detective at the head of what most are assuming will be a police procedural with a twist.

And, it's probably not a stretch to imagine that some of the other people we've known for years in the Gotham PD will make appearances along the way. It might mess with the timeline slightly to craft a world where Gordon is just a Detective and Renee Montoya exists already--but it's more likely, at least until we know better, than building a whole new supporting cast out of thin air.

So with that in mind, who would we fancast for the show? Read on...but know that we're going to play a little more fast-and-loose than we did last night when we were brainstorming ideas for John Constantine.  Here, we aren't going to worry quite so much about scheduling conflicts and the like--just whether the person we're "casting" could pull it off and would believably work on a network TV series. 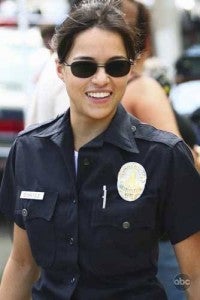 She's generally more big-screen and big budget, so it might be hard to get her to sign on for Montoya, but it wasn't that long ago that she starred on Lost, so it seems to us she might be lured in.

And while her stock-in-trade is being a badass (something that Renee would need for the day-to-day police stuff), the damaged and troubled elements of Rodriguez's personal life that crept into Lost informed and fleshed out her performance there.

Age might be a factor here, especially because they probably will want to keep Gordon a few years older than the rest of the characters, but we can't think of anyone known and marketable who's a better fit than Rodriguez, so at a bare minimum we can slate her down as a great look/feel and leave it up to you, the readers, to either give us somebody similar but younger, or to come up with a whole different direction. 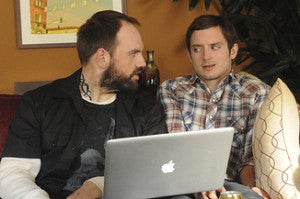 Another Lost alum comes to mind here--Jorge Garcia, who played Hurley on the series. To believably be a cop, even Bullock, Garcia would likely have to drop a few pounds, though.

Another option is Ethan Suplee, most recognizable from his turn as Randy Hickey on My Name is Earl but also familiar to Kevin Smith fans as Willem Black in Mallrats. Suplee already has dropped some pounds lately, which has led directly to his taking more jobs like American History X, where he was a powerhouse, as opposed to My Name is Earl where he was a bit more of a hapless clod.

The Walking Dead's Vincent M. Ward might not be a bad choice, here. He's got the physicality, the mixture of humanity,  humor and intensity that you'd expect from a potential breakout character, and his association with TWD can be nothing but a positive in terms of building fan enthusiasm.

Of course, there's no guarantee Fox can or will use Allen; he's not been a constant presence in the GCPD the way some of these other characters have, hasn't ever really interacted all that much directly with Gordon and, perhaps most importantly, there was already a series in development based on The Spectre, which might mean that Gotham PD loses the rights to both Allen and this next guy... 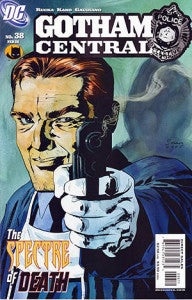 If there's ANYONE who won't be there because of The Spectre, it would be this guy, Jim Corrigan's namesake and relative.

Norm McDonald. Just...look at that face. And it could be stunt casting since really Corrigan would only be well-served by one story (you know which).

This guy is the most obvious choice to include, since he was a friend to Gordon and a big part of the most recent Batman film. He's also not in the comics, so he comes with a minimum of baggage and the least possible number of people who will get bent out of shape if he's not done just the way they expect. 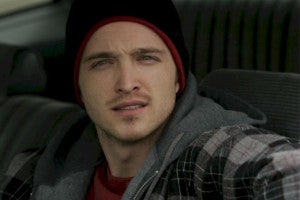 On the other hand, Joseph Gordon-Levitt, who is one of the biggest stars in America right now, is the only person tho have played the role, and he definitely brought something to it. That puts whoever takes on the gig in a difficult position. It may be best to go another way entirely, separate himself from JGL's image, and have a slightly different take on the character--maybe a troubled younger cop who can eventually grow into the by-the-book detective we see in the movie.

What about Breaking Bad's Aaron Paul? He's going to be looking for a new gig and a show that's going straight to series with huge promise is probably the only way of keeping him from trying his hand at the big screen. 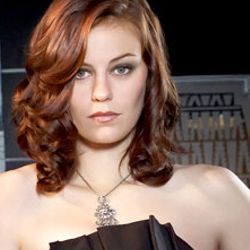 This could be the hardest role to cast; by the time comic book fans came to really know Sarah, she was Gordon's wife--she was pretty well-established in the Police Department, she was a bit matronly...all thing that she can't be at the very beginning of their relationship if this show is going to play like a normal police procedural. They might even bring Sarah in later, since so few non-comic book people know of her, except that at some point you're going to want to deal with the fact that your lead character is incredibly famous for having kids.

So who would we pick? Damned if I know. Right off the top of my head, though, I'd say picking a redhead might not be a bad idea since Barbara is one. Possibly Cassidy Freeman from Smallville?

She's pretty, red-haired and one of the few people on Smallville who always looked like she really could handle herself.

For our Jim Gordon ideas, check back in a little while...!