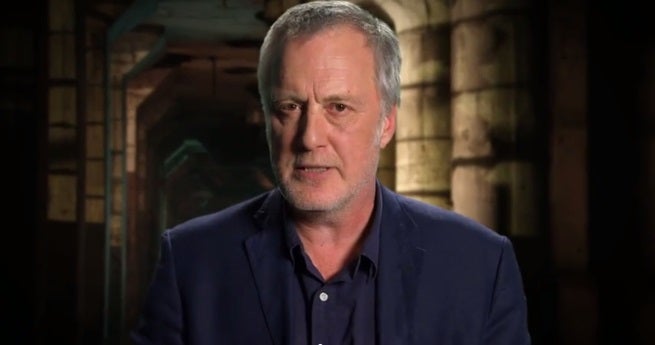 In a new television spot for Gotham, writer and executive producer Bruno Heller invites audiences to discover Gotham's many worlds.

"The great thing about Gotham is that it encompasses so many different worlds," says Heller. "So the tone is both fun and dark, it's sexy but dangerous, it's a world of craziness and a world of beauty, and the show encapsulates all of that."

Gotham will make its world premiere at San Diego Comic-Con International and air on Fox this Fall.