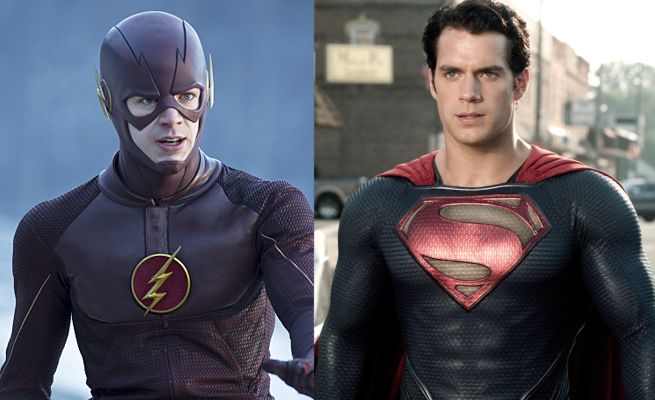 When The Flash’s Grant Gustin dreams, he dreams big.

That’s because the Scarlet Speedster’s actor wants to team-up with the best that DC Comics has to offer—namely, the best. In a recent video from The CW, Gustin answered a number of fan questions, including: Who would he have the Flash team up with besides Arrow?

"Anyone that kind of knows me knows the answer to this. I’m going to say ‘Superman,’ even though he’s a DC god and I’d be shocked if we ever got that to happen,” Gustin said. “But, I’d love for that to happen.”

Check out the full video below for other Gustin’s other questions, including who’s the funniest cast member off-camera.

While Gustin will sadly never get to partner with The Man of Steel, Flash and Superman will eventually team up in Zack Snyder’s 2018 Justice League film. Perhaps that Flash’s actor, Ezra Miller, can fill him in on the experience.

Grant Gustin Wants The Flash To Team Up With Superman

Brandon Sanderson's The Stormlight Archive Board Game Available for Pre-Order

Marvel's Spider-Man Could Be the Next Free PlayStation Plus Game