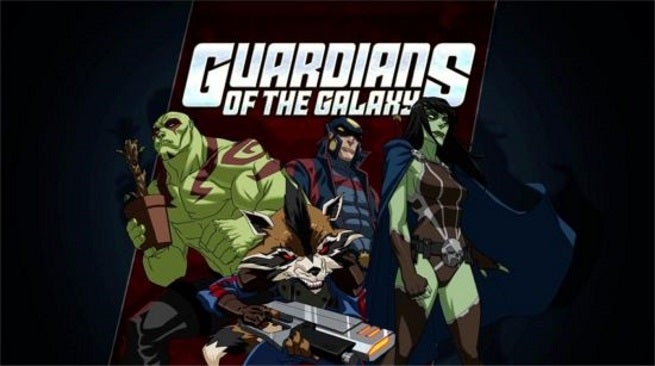 Marvel has officially announced that a Guardians of the Galaxy animated series is coming to Disney XD.

First revealed at Comic-Con International: San Diego, a new report in The New York Ties reveals some more details about the series.

Marvel's head of animation, Stephen Wacker, says that the series will pick up where the first Guardians of the Galaxy film left off. The article doesn't make clear if this means the series will actually take place in the Marvel Cinematic Universe, or if Wacker meant that more thematically, in a way similar to how Batman: The Animated Series was meant to follow up on the 1989 Batman movie, but wasn't actually part of the same universe.

Wacker also mentions that Thanos will play a major role in the series, and that he hopes this moves Marvel animation into "Phase 2."

"This is a new look for us," he said. "We've learned what works on TV and what doesn't."

He goes on to say they've learned "not to underestimate the audience. You can't be afraid to go deeper, to explore stories and characters with some depth. This audience may be young, but it can spot a stinker a mile away."

Disney XD is already home to Marvel animated series Ultimate Spider-Man: Web Warriors and Avengers Assemble. Despite this, the network has still struggled to build an audience. Disney is likely hoping that the space adventures of the Guardians, along with those seen in the new Star Wars Rebels series, will help attract boys to the network.

Guardians Of The Galaxy Animated Series Coming To Disney XD