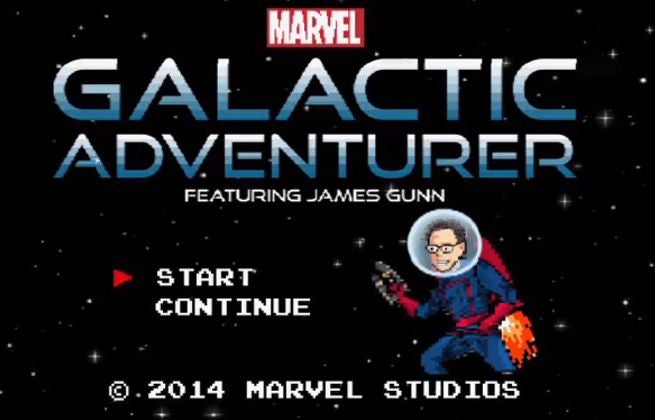 The bonus features kick off with an 8-bit video game intro called Galactic Adventurer featuring James Gunn. After the intro, Gunn explains, "I do think of dealing with Guardians of the Galaxy as being on untrammeled snow, and the first thing that excited me about Guardians before any story elements or anything else was actually creating the visual look. And the very first thing I did was I sat down and wrote a nineteen-page document that was called 'The Look of Guardians of the Galaxy.'"

Guardians of the Galaxy is scheduled to be released on blu-ray and DVD on December 9, 2014.