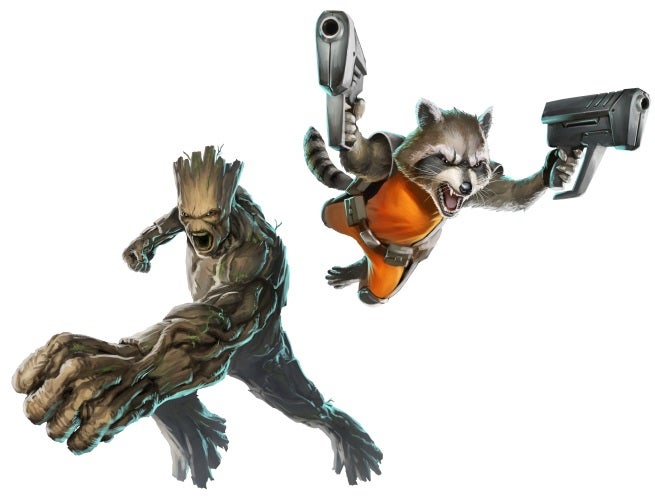 D3 Publisher has announced the Guardians of the Galaxy are coming to Marvel Puzzle Quest. Rocket and Groot can be unlocked in the “Thick as Thieves” episode, available today.

Here’s the episode description from D3:

As the fight winds down with Juggernaut (in the previous episode) in Central Park, the Avengers are stunned to see a spaceship cruising through the atmosphere headed right towards them.  It’s Rocket and Groot!  Players will join Rocket and Groot as they journey on Earth as they seek out fun but end up finding themselves in the attention of evildoers including Doctor Doom, Mystique, and more.  With the help of Deadpool, Wolverine, Iron Man, and others, the duo need to protect Groot’s DNA from getting into the wrong hands.

Check out screenshots of the Guardians in action in the PC version of Marvel Puzzle Quest in the gallery below.

Guardians Of The Galaxy Coming To Marvel Puzzle Quest