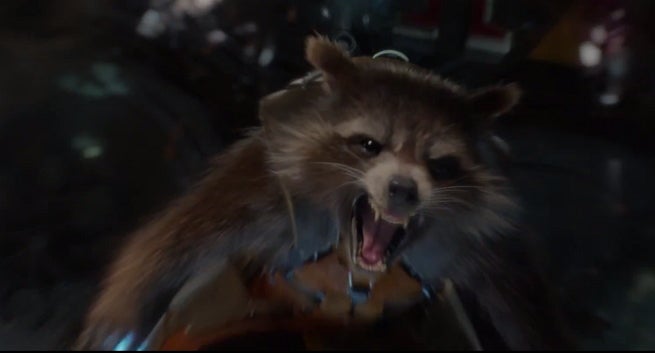 “It’s going to be a really surprising open. What happens is all the characters are killed in the first 10 minutes,” Gunn joked. “In really horribly brutal fashion.”

More seriously, Gunn did say that all five of the Guardians would return, as would certain other, unspecified members of the film’s cast. He also said that the Guardians’ roster would likely grow, and that the sequel would address some of the unsolved mysteries of the first film.

“I spent all day on August 1, the day the first movie was released, writing Guardians 2,” Gunn said. “I was so excited about it and I was finally able to let go of the last one and begin the second one. I always saw this as a universe, not just as one story.”

Gunn went on the mention that a crossover between Guardians of the Galaxy and Disney’s other big space movie, Star Wars, was unlikely for a pretty simple reason.

“Star Wars was a long time ago,” Gunn said. “It would have to be time travel.”

Guardians of the Galaxy comes to Blu-ray and DVD December 9.