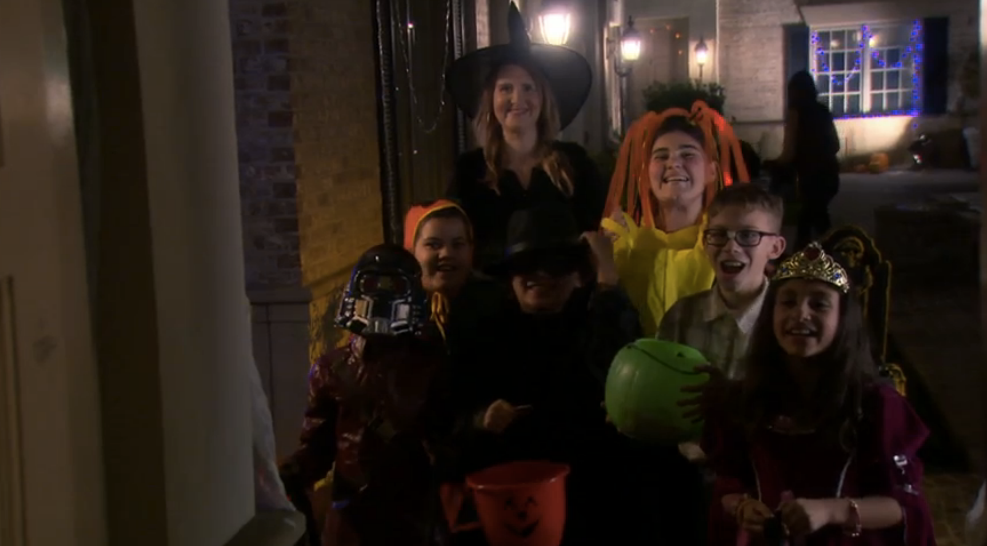 In a recent Parks and Recreation finale clip released by NBC, the comedy show managed to sneak a pretty meta Guardians of the Galaxy Easter Egg featuring the cosmos' (self-appointed) biggest loser. In the video, Chris Pratt's Parks and Recreation character Andy Dwyer hands out Halloween Candy to a group of trick or treaters. And who's hidden in the group amongst the generic princesses and witches? Why, the Legendary Star Lord. Let's hope that Pratt—who of course, also plays Star-Lord in the Marvel movies, managed to hide an Infinity Gem in the the savvy trick or treaters' box of Mike and Ike.

The clips real takeaway, however, is that its events take place in the year 2022. So if kids in those days are still feeling the need to dress up as Star-Lord, that must mean the franchise will still be riding high with—fingers crossed—Guardians of the Galaxy 3?

Guardians Of The Galaxy Easter Egg On Parks And Recreation Finale