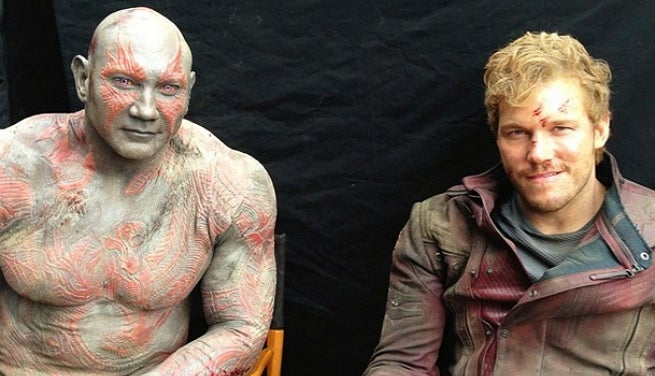 Director James Gunn has released several new behind-the-scenes photos from the set of Guardians of the Galaxy on Instagram.

One sends a happy birthday message to Mikaela Hoover, who plays Nova Prime’s assistant. The second gives us a look at the Broker’s shop on the planet Xander. The last one show’s Chris Pratt (Star-Lord) and Dave Bautista (Drax) hanging out on set.

Marvel’s Guardians of the Galaxy finds space adventurer Peter Quill the object of a bounty hunt after stealing an orb coveted by a treacherous villain, but when Quill discovers the power it holds, he must find a way to rally the quartet of ragtag rivals hot on his trail to save the universe.