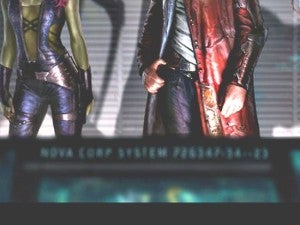 During 2013 San Diego Comic-Con International, Marvel Studios released some great looking new concept art for Guardians Of The Galaxy. However, at the bottom of the concept art, the image is blurred to hide whatever is written. Comicbook.com used a graphics program to brighten up and unblur the image, which helped to reveal exactly what Marvel Studios was trying to hide.

While it's been widely assumed that Nova Corps will play a role in the Guardians Of The Galaxy movie given John C. Reilly and Glenn Close's roles, Marvel Studios has never officially confirmed that to be the case. However, the Guardians Of The Galaxy Concept art does confirm that Nova Corps will be part of the movie. The unblurred image reveals the writing "Nova Corp System" followed by a series of numbers. The best we can make out the numbers are 726347-34--23.

Guardians of the Galaxy is being directed by James Gunn from his screenplay, with a story by Nicole Perlman and Gunn. The film will introduce audiences to a whole new side of the Marvel Cinematic Universe. The all-star cast includes Chris Pratt as Peter Quill aka Star-Lord, Zoe Saldana as Gamora, Dave Bautista as Drax the Destroyer, Lee Pace as Ronan the Accuser, Michael Rooker as Yondu, Karen Gillan as Nebula, two-time Academy Award nominee Djimon Hounsou as Korath, with Academy Award winner Benicio del Toro as The Collector, Academy Award nominee John C. Reilly as Rhomann Dey, and six-time Academy Award nominee Glenn Close as Nova Prime. 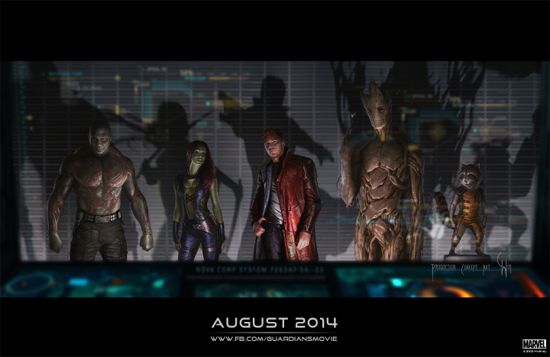