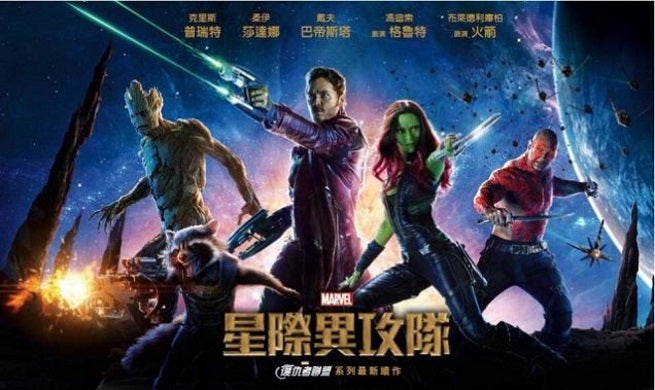 Guardians of the Galaxy has broken into the top ten box office earners of the year in China, just as the film is finishing up its theatrical run in the country, according to the Los Angeles Times.

Guardians of the Galaxy got off to a rough start in China, due largely to a poor Chinese translation that did not do a very good job of adapting the film’s sense of humor. The film’s name was translated into Chinese as Interplanetary Unusual Attacking Team.

Guardians was able to bring in $1.6 million in its fifth week in Chinese theaters, bringing the film’s total gross to $96.4 million.

Meanwhile, after a slow release weekend on October 31, Teenage Mutant Ninja Turtles has rocketed to the top of the Chinese box office, bringing it’s 10-day box office total in the country to $49.2 million